Who trusts the Auditors?

Sibichen K Mathew
How many of you evaluate the past performance and future prospects of a company before investing in its shares? We go by the popular perception, public profile of that company, or the ‘hype’ created by the company itself! The media, the consultants, the specialists and the advisors suggest the best deals to the potential investors. All of them give their views on the basis of the financial statements and audit reports of the company. That means, investors trust the audit reports. To put it simply, ‘people trust the auditors’! 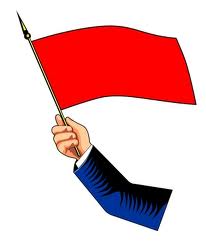 Contracts are entered, money is lent, job offers are accepted, tax incentives are given, and above all ‘social recognition’ is bestowed on many corporates on the basis of a beautiful (well-dressed) balance sheet amply certified by auditors.

Yes, we - the government, the investors, the lenders, the purchasers, the sellers, the service providers, the taxmen, the employees, the public - means, the entire society, repose faith in the auditors! And the auditors are supposed to vouch, examine, evaluate and certify the correctness or otherwise of the transactions of the company and its orientation.

Yet,  we hear well-established companies bursting like bubbles, share prices reaching rock bottom, promoters fleeing the scene, top management going behind the bars, and all stake holders watching everything helplessly!

What was wrong? Why these happenings?

Audit, all over the world, is a powerful instrument to ensure accountability and financial regularity in all types of institutions and organizations. Though millions of investors rely on corporate audits, the recent corporate scandals all over the world have raised serious questions about the efficiency and effectiveness of corporate audit regulations and enforcement. The audit report is a powerful indicator of a company’s financial stability, accounting consistency and reliability. However, everything depends on how efficiently the audit was done and how clearly the transactions are reported in the audit report.

The Lehman BankruptcyExaminer’s Report  has come down heavily on the failure of Ernst & Young in preventing one of the biggest failures in the Wall Street that triggered global recession. Audit and accounting failures were also evident in the cases of BAE Systems , Olympus , Enron , World Com , Lucent Technologies , Sun Beam Corporation , Waste Management , Boston Chicken  etc. India has also witnessed a series of financial scams in the last decade especially during the liberalization period, most of which are rooted at accounting frauds. However, the responsibility of the auditors in these scams and their role in frauds are never viewed seriously.  Reserve Bank of India has a long list of companies who have been guilty of unethical accounting practices and diverted public funds. A number of companies vanished with crores of rupees immediately after the public issue. Financial statements of several companies became unreliable and depicted wrong state of affairs.Satyam scam is the best example.

The corporate scams and scandals happened in the world in the last few years are clear indications of the collusion between auditors and management in accounting frauds. They have happened either through active suggestions and consultancy to commit frauds or through deliberate omissions in the job. Inefficiency and technical incompetence of the auditors have resulted in some of the corporate debacles. It is foolish if one refuses to learn any lesson from the above scandals, thinking that these are just aberrations and will not recur. 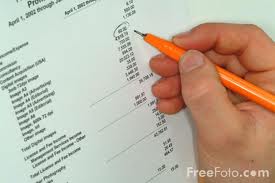 In many cases it is seen that the audit firm is unduly dependent on the client financially. It may be due to the fact that the audit firm provides bulk of its resources for that client or it receives substantial amount of its earnings from that particular client. Thus it is a question of survival for the firm. It results in subjectivity in the performance and reporting of the auditor. In spite of strict codes of conduct, many auditors enter into financial transactions in the names of relatives with the client or the client’s associated concerns. There are also beneficial interest in trusts of the clients, and in shares and investments in associated concerns and also employment of close relatives in connected concerns and re-employment by the auditors in the clients’ concerns. Most of the audit firms involve in the non-audit work of their clients and they receive substantial portion of their earnings from such non-audit activities. The share of management consultancy in the total revenues of the top five chartered accountant firms in US, has gone up from 13% in 1981 to more than 50% by 2010.

Responses of the regulators and intra-disciplinary bodies

Sarbanes-Oxley (SOX) Act , is the US authorities’ response to political outrage in the wake of Enron, WorldCom, and other equally shocking failures of law, standards, governance and audit. SOX Act is considered as the legislation, which brought most sweeping changes to securities law, corporate governance, and the regulation of auditors since the Securities Exchange Act of 1934 . The SOX Act has international implications since the auditors of overseas subsidiaries or associates of US listed companies are obliged to sign up to it if they wish to retain the work. SOX Act laid down an array of strictures on company directors, especially CEOs and CFOs. Failure to comply could mean prison terms of upto 25 years.  The creation of the self regulatory board of Public Companies Accounting Oversight Board (PCAOB)  by the US Congress through the Sarbanes-Oxley Act 2002, was meant to give powers to the Board over the external auditors in order to guide them in auditing the public led companies. Though there are enough laws, the institutional mechanisms in India and many countries are marred by weak enforcement.

In this era of globalization and transnational character of businesses, it is necessary to have effective global standards in accounting and auditing. The guidelines need to be uniform. However, the procedures can be flexible based on the particular country’s requirement, without compromising the fundamental principles.

What is imperative today is the establishment of an International Quality Assurance Body that formulates universalistic principles and guidelines for all accounting, auditing and consulting firms all over the world. The body should suggest an appropriate mechanism that ensures quality, reliability and objectivity among audit firms. It is also necessary to have concerted action to prohibit direct or indirect monopoly in the area of auditing and consulting by a few firms. Proper auditor rotation, disciplinary mechanism, and an environment that ensures auditor independence can bring back public trust on the auditors.

You may also like to read following related articles:

Frauds, Scams and a Corporate Lokpal