Are you ready to pay for the ‘real’ news?


I picked up one of the leading national newspapers from Delhi while leaving the hotel to catch a flight. I was horrified at the size of the newspaper (82 pages) as the cash starved airline would definitely charge me for carrying excess weight. But I could finish the newspaper within a few minutes on my way to the airport. That was because it hardly contained any news!  More than 80% of the content was advertisements, advertorials and other paid stuff (It was not a Sunday newspaper, which normally carry many extra pages).  It was foolish for the advertisers to presume that most readers would decide on their purchases based on the size of the advertisements. They are in fact irritants for many readers. None buy a newspaper to read advertisements. Some would be eager to see the classified advertisements, if they are particularly looking for a ‘match’, property, or a movie. Newspapers need to carry some news also! 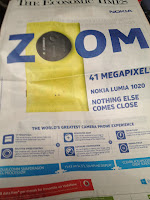 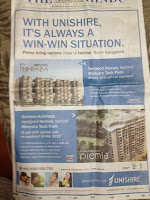 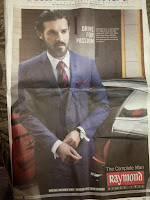 People have become habituated to reading the leading news on the front page of the newspaper in spite of knowing them in advance through TV or internet. But when they see full page advertisement on the first two pages, they are not very patient to read that and quickly move to the page where the main news is printed. The companies who had spent huge money to get their advertisements released on the entire front page should understand the reality that people won’t take them seriously. Sensible advertisers will ask only an exclusive space in the front page along with the leading news. They know that readers would spend more time on the front page if there are important news items on that page.

The whole lot of qualified advertisement consultants and managers need to understand the psychology of readers and the sociology of markets. Some guys chose to have a customized half sized page exclusively inside for their advertisements. People won’t be comfortable to read such pages as they can’t flip the pages easily. Same is the case with magazines that contained a few thick advertisement pages and post cards in between making it difficult for readers to flip the pages easily.

When you pay peanuts, what you can expect?
It is true that readers need not be worried much on the size of the paper because they don’t need to pay anything extra for that. In fact, if there is no advertisement, the price would definitely go up. There are many newspapers like the New York Times (printed paper) which contain almost 55% advertisements. The pages in the Sunday newspapers in United States and many other countries are about five times more than the one on a weekday. For some Indian newspapers, advertisements are for survival and not for making profits. Price of newspapers in US is between  to $ 0.70 to $2.5. In UK the maximum price is around  2 pounds. Similar trend is seen elsewhere also. Price of Indian newspapers range from Rs 1.50 to Rs 5 (not the Sunday newspapers).

To get ‘real’ news, we need to pay
Most people of this generation, in spite of the internet and news channels in Television, continue their habit of reading a printed newspaper along with a steaming cup of coffee. This is true with even younger generation who is exposed to TV channels and internet along with the daily newspapers from their childhood. I could see many of them glued to the printed news in the morning. Yes, print media is still a center of attraction for people. Even when you knew the news headlines through the TV or from mobile alerts or from the online source, you would still like to read about what happened in your region, nation and across the globe from the printed paper. However, they get annoyed seeing the overemphasis for advertisements, sponsored news, and ‘paid’ views in their daily newspaper.

Only way we can ensure ‘real’ news in our newspapers is by showing willingness to pay a higher price for the newspaper. Are we willing to pay at least Rs 10/- for the newspaper? This could reduce the over-dependence of newspaper companies on advertisers, and they would possibly focus on disseminating news and less of sponsored stuff. A cup of coffee from a street vendor would cost you more than that these days. Even the entry fee for the ‘public toilets’ is Rs 5/- in many public utility centres in India!

There are many leading newspapers who are interested in increasing the circulation prices due to the dwindling advertisements revenue.  New York Times, after incurring huge loss, has increased the circulation prices and became less dependent on advertisement revenue. Advertisers increasingly use the TV Channels and internet for releasing their ads and newspapers and started demanding less tariffs and more space.

The newspaper prices in many countries are governed by state regulations. In India the relevant law is ‘The Newspaper (Price and Page) Act, 1956’. This is an Act to provide for the regulation of the prices charged for newspapers in relation to their pages and of matters connected therewith for the purpose of preventing unfair competition among newspapers so that newspapers may have fuller opportunities of freedom of expression. At that point of time when the Act was passed, the purpose was mainly to create a level playing field in the business of print media.

The Act stated as follows:
If the Central Government is of opinion that for the purpose of preventing unfair competition among newspapers so that newspapers generally and in particular, newspapers with smaller resources and those published in Indian languages may have fuller opportunities of freedom of expression, it is necessary or expedient so to do, the Central Government may, from time to time, by notification in the Official Gazette, make an order providing for the regulation of the prices charged for newspapers in relation to their maximum or minimum number of pages, sizes or areas and for the space to be allotted for advertising matter in relation to other matters therein.

However in a landmark judgment in the case of Sakal Papers (P) Ltd., And Others vs The Union Of India (1962 AIR 305), the Daily Newspapers (Price and Control) Order, 1960, which fixed a minimum price and number of pages, which a newspaper is entitled to publish, was challenged as unconstitutional. The court held as follows:

The freedom of speech and expression of opinion is of paramount importance under a democratic Constitution which envisages changes in the composition of legislatures and governments and must be preserved. No doubt, the law in question was made upon the recommendation of the Press Commission but since its object is to affect directly the right of circulation of newspapers which would necessarily undermine their power to influence public opinion     it cannot but be regarded as a dangerous weapon which is capable of being used against democracy itself. In these circumstances the Act and the Order cannot be sustained upon the ground that it merely implements a recommendation of the Press Commission and    was thus not made with an ulterior object. The decision in Hamdard  Dawakhana (Wakf) v. Union of India upon which reliance was placed by the respondent in support of the contention that where an enactment is  challenged on the ground   of violation of fundamental rights it is legitimate to take into consideration several factors including  the purpose of the legislation, the mischief intended to be suppressed, the remedy purposed by the legislature and the true reason for that remedy does not, therefore, arise for consideration. Similarly since the Act taken in conjunction with the order made thereunder operates as a restraint on the freedom of Speech and expression of newspapers the mere fact that its object was to suppress unfair practices by newspapers would not validate them. Carrying on unfair practices may be a matter for condemnation. But that would be no ground for placing restrictions on the right of circulation.

Though newspapers do wonderful service in disseminating news and views irrespective of the number of circulations, editions or pages, there are a few newspapers that exist only to serve 'sectoral' or parochial interests in a biased manner. Some papers are printed only to earn from  the government advertisements by inflating their circulation. Some of the leading national dailies fill up more than 60% of space with sponsored stuff on some days.

It is necessary to have suitable amendments in the pricing regulations of newspapers, not just for ensuring a level playing field or for making the business profitable, but also to fix a reasonable price so that the readers can get unadulterated news and less of sponsored stuff. Press councils should have more representation from the public so that their genuine expectations are taken care of. Newspapers should not be allowed to form cartels and function against the interest of the readers. Many other crucial issues related to media ethics are not dealt with in this article that exclusively focused on the scope of paying more for getting quality, with the assumption that newspapers would no longer justify their frantic marketing efforts for getting sponsorship for survival.

Views are personal. Post your views as comments below.