This incident happened when my son was around eight years old. He complained of pain in his abdomen. Since home remedies did not help in reducing the pain, we showed him to a pediatrician. He suggested us to meet a pediatric surgeon. (I wondered what the role of a surgeon at that stage and I never knew that there was an exclusive surgeon for each age group!) The pediatric surgeon examined and suggested an ultrasound imaging (sonography). We got it done. After a while, I was asked to meet the doctor again. While waiting outside, I could see through the glass doors, the doctors (Pediatrician, Pediatric Surgeon and the Radiologist) sitting inside and jovially discussing the report. So I felt relieved assuming that everything was fine in the ultrasound report. I entered the room and one of the doctors asked me to sit. He said that there are stones in his gall bladder and surgery needs to be done. I asked them when I have to get it done. They said, ‘earlier the better’. They also told me the cost. It was about 4 times my monthly salary. They tentatively fixed a date for the surgery. My wife, who is a doctor suggested we consult another hospital, where at least the cost will be reasonable for a surgery. 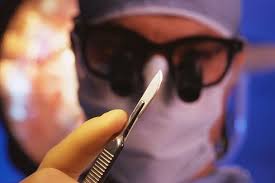 We went to another hospital where we knew the doctor. He checked and said that he doesn’t suspect any issue in the gall bladder. He said it is only an infection and everything will be alright in a few days. Since he was very weak, he was admitted for two days. On our insistence, one more ultrasound imaging was done and we were told that there are no stones in his gall bladder!

I remembered the above incident that happened several years ago, when a person known to me shared his experience recently. Mr. Sethuraman felt a mild pain in his abdomen area continuously for a few days. The treatment given by the physician in the hospital in his town could not mitigate the condition. Ultrasound reports indicated that everything was normal. Since Sethuraman was a very rich businessman, his children wanted a detailed checkup done in the best hospital in the capital city rather than in the native town. He was brought to the corporate hospital where the doctors suggested one more sonography. . After seeing the report, he told Sethuraman that there are stones in his gall bladder and they need to be removed. They fixed the date of surgery. Meanwhile, the doctor at the hometown continued to maintain his position that there is nothing wrong with his gall bladder that demands an immediate surgery. They ultimately did not do any surgery and the pain vanished within a few days.

It is not just my son or Sethuraman, there are many others who had similar experience. This does not mean that all surgeries for removing gall bladder stones are not warranted. Surgical operations are effective and safe wherever there are genuine needs. The alternate remedies like ‘flushing out’ through olive oil therapy and other ‘natural’ medicines could be dangerous.

This question lingers in my mind: Why one set of doctors found many stones in the gall bladder and suggested immediate surgery and another set of doctors never found anything that requires a surgery in the cases reported above?

The words ‘Caveat Emptor’ (Buyer beware) is applicable in medical profession as well. But in this context, patients are knowledge deficient. They do not have the capability or opportunity to analyze and decide on the desirability of a treatment or procedure or any other medical intervention. I wished, there is an independent expert body one can rely on if there is confusion. Medical Council of India is a self-regulatory body which functions substantially for the welfare of the doctors than the patients because none other than doctors decide anything there. No patient or their relatives are in a stable emotional situation to seek justice in any consumer court. In a study conducted by MediAngels.com in Mumbai it was found that about 44% of the 12,500 patients for whom surgery was recommended were advised against it by their chosen doctors, from whom they sought a second opinion. In an ICMR sponsored study in Delhi recently it was found that substantial numbers of Caesarean-section surgeries are unnecessary. In his book ‘Medical Racket’, Martin L Gross wrote about the situation in America (Page 176): Millions of victims face unnecessary surgery, whether performed by doctors who operate out of ignorance, self-delusion, or simple greed. This 'has long plagued medicine and today still reaches epidemic proportions'.

Tailpiece: My Father-in-Law was admitted in a hospital in the same city where I work, and he was found to have stones in the prostate.  The specialist surgeon conducted a ‘successful’ surgery and reported that he removed all stones. Though the hospital bill was exorbitant, we felt relieved once the pain reduced and he got discharged from the hospital. He left to his hometown within a week. However, the pain reappeared within a week of reaching there and another expert surgeon said that there are still many stones! (Such incidents could result in loss of confidence of mother-in-law on her son-in-law!) Doctors continue to smile in a stony world!

Click to related related articles in Cyber Diary below

Hey Doctor! Why are you in a hurry?
The Whimpers from the Ventilator