Rapid spread of internet and its universal accessibility have resulted in facilitating information flow democratically from any source. Anyone can become a creator or disseminator of news. There is no need for any institutional structure to back up such initiatives. Since last one decade, there emerged a new media platform called blogs that are the creations  of thousands of individuals across the globe working independently. There are several genres: personal diary, analysis of social issues, literary creations, fashion and lifestyle, recipes, reviews and  hundreds of other categories. Blogs seemed to revolutionize the way the views and news are shared. But sad to say that most bloggers get trapped in the net of unethical gains.

The vacuum created by the macro media

People are inquisitive to know what is happening outside the four walls of their homes by gluing at the television screens.  Even after news is broken, dissected and analyzed every second by multitude of channels straight to the living rooms, many of us still eagerly wait for the newspaper boy to deliver the printed daily in the morning. Reading a large sized newspaper over a hot cup of coffee has become a habit most people could not stop even when the e-editions were very much available in their smart phones. Since no two editors can think alike due to the contrasting ideological traditions, circumstantial factors and commercial priorities, the consumer has to read multiple newspapers to search for the truth as he is already confused by the unending debates he watched in the television previous night.

For the purpose of this article, I prefer to categorize  media as follows:

My focus today is on micro media and specifically the blogs. Around 20,00,000 blogs are written on an average every day. See some interesting statistics compiled by ingnitespot.com below. 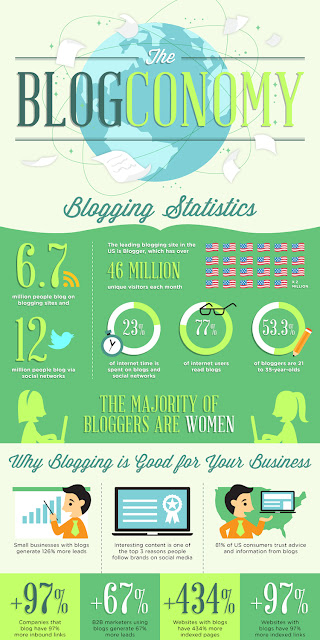 What  are the unethical trends in the blogosphere? Let me put very briefly below:

Unprecedented popularity of blogs have prompted the macro media firms to incorporate their own blogs in their home pages. These are mostly written by the their own columnists or chartered writers. This has resulted into a situation where unethical blogging is institutionalized by the macro media to serve their interests. Many times, links of the spicy, defaming and populist news reports or articles are posted in the nano media to make them viral so that traffic is attracted to the macro platform.

Media houses are not from Mars. They have strong links with the social, economic, political, religious and commercial bases and super structures within the society and the state. They might switch their loyalties for obvious, justifiable and existential reasons. But they can never be independent.

It is a myth if someone believes that the macro media are value neutral. They have a set of contributors and byline columnists who will interpret the truth as per their wisdom, which will in turn subjected to customized processing by the editors. Certain unimportant news will get the privilege to get multi column attention in the lead pages whereas some other news are either thrown as mere fillers in some corners or mercilessly sent to the editor’s dustbin. Powerful interests can ensure that certain news never appear anywhere in print or visual media.

Biggest threat to objectivity in the macro media is the cross media ownership. That means, same business group hold substantial consumer base in print, digital and visual media. So you will get to see the same news and views, when you open your desktop, watch the TV or read the newspaper. It is a an interesting cycle: The business house invests more more in the media house. Media house diversify its operations. They are capable of cutting down prices. This result in more consumer base and consequently more advertisement revenue. Ultimately, the returns are pushed to the business house.

If blogs have to survive....

Blogs are powerful media to take truth to people in a world of highly commercialized mainstream media. For the same reason, blogs are opposed and bloggers are threatened by a few sections of the society. A single blogpost can trigger positive and constructive thoughts and radical transformation in society than an article in a mainstream newspaper in an age of social media. Bloggers need to use this platform not only for publishing their creative articles but also for disseminating worthwhile information that are useful to the immediate community, the government and the larger society. 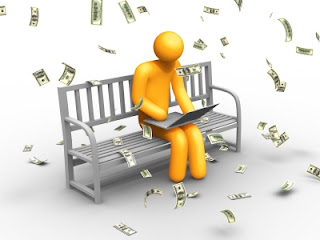 Blogging, though evolved as a medium to save the 'truth' from the traps of the conventional macro media, should not get eaten away by the media giants. It is time the bloggers realize that a great degree of independence from the mainstream media, a lesser degree of dependence on sponsorships and much deeper focus on high quality unique content can only save the blogosphere at this critical juncture.