Keep your cell phone away; go back to your landline! 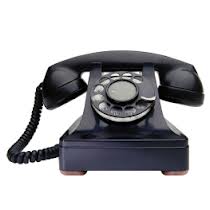 Keep your cell phone away; go back to your landline!

The cordless phone connected to my landline went out of order. I couldn’t get anyone to get it set right. All of them advised me to throw it in the dustbin. I went to the showrooms. ‘There is hardly any choice these days’, the salesman grinned and directed me to the Diwali display of high end cell phones!

They said no one uses a landline cordless phone in this age of cell phone. Many people have surrendered their landline connections. Senior citizens complain that as the service provider is not prompt in repairing the landline faults, they are also forced to buy cell phones.

In every home, we can hear cell phones ringing from every nook of the house. From the Grandma to the maid, everyone has a mobile, and some have more than one. People can’t live without it even for a minute. 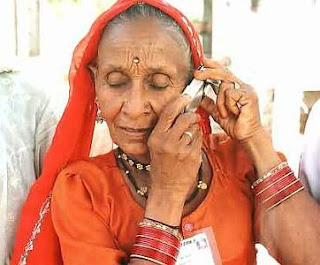 By the end of 2011, there were 85.7 mobile phone subscriptions for every 100 persons in the world. It was 77 out of 100, India. China already has 1 billion subscriptions and India is expected to reach 1 billion within a few months. The large prepaid customer base in developing countries like India indicates its popularity as it is affordable for the low income group of the population. While prepaid customers are 70% of the total telephone subscribers in the world, it is more than 87% in the developing countries.

Some precautionary guidelines have been given recently. Many health organizations also discourage excessive use of mobile phones.

If you have a choice, use a landline/ land phone, instead of a mobile phone.

·         Limit the length of mobile calls to the minimum. Use it mainly for Text Messages.

·     Do not press the phone handset on your head. It is said that the Radio Frequency energy is inversely proportional to the square of the distance from the source.

·      Avoid movement while calling over mobile. (I used to make my calls while going for walks. This is dangerous if you are walking through a space where there is signal fluctuation. Especially in between buildings, basements, lifts etc.)

·       Where to store your mobile phone while you are out? Better to ask your tailor to stitch a side pocket near your belly. Do not carry it in the pocket near your chest. They say, don’t keep it in your pants pocket also. (Men, beware!)

·      Though there is no scientific study that mobile phone use cause headaches, excessive use will not be healthy.

·      Reduce mobile phone use by children as they would tend to use it for longer hours. (Also lovers and young married couples!)

·         People with medical implants should keep the cell phone at least 15 cm away from the implant.

·       Connect to the call and then bring it near your ear. There will be more radiation at the time of reception. It is said that a mobile phone first makes the communication at higher power and then reduces power to an adequate level.

·        It is a myth that it is safer to use a mobile phone while in a car. There is no scientific evidence to show that car shields you from radiation.

Moral of the story

Go back to your good old landline. Get a cordless phone. But, there are some studies that say cordless phone also to be avoided if possible. Then, best is to have as many parallel instruments or additional landline connections at home or in the offices.

There is one more reason for this. That is the data security. See my article ' Leave me alone: Right to privacy in a snooping world' 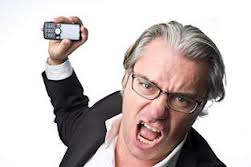 I know this is a bad news. But……restrict till we are sure of its safety!

(You can e-mail to others or tag the article to FB by clicking the icons at the end. Click COMMENTS below to give your views)

See my related articles: A true telephonic story
Leave me alone: Right to privacy in a snooping world