Some public perceptions about honest people 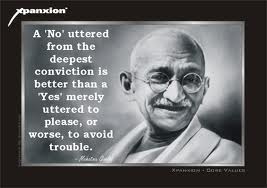 Honesty is the most likeable quality.

But honest people are not always likeable. Honest people are fundamentalist, unsophisticated, and rude. They always give unpleasant replies. They are rule bound, bookish and very matter of fact in response. They don’t condone mistakes. They don’t regularize deviations. Even when they are polite, they tend to give sweet injections instead of ‘helping’ the erred ones.

But policy of honest men is a real irritant. He is arrogant when he makes it clear in no uncertain terms that certain things are not possible. He is stupid when he denies an offer. He is taught a lesson when he out rightly denies a favour. When he considers a genuine claim, he is grossly unfair.

Honesty is a virtue.

But honest fellows are boring. They fuss when they are given a drink. They are tight lipped. They behave as if others would steal their ideas. They listen to all conversations and chose not to contribute anything. They refuse party invitations. Even if they agree, they put conditions about other invitees.

Honesty comes out of wisdom.

But honest persons are fools. They are impractical. Their life is worthless. What is the use of giving them power?  They fail to make use of the opportunities.

Honesty comes out of brave heart.

But honest persons are cowards.  They are scared to act.

Honesty should be rewarded.

But honest persons should be witch hunted. They should be made answerable for even a small error of judgment. Throw the first stone at the honest man.  Many would love to see him falling.

Honesty is to be taught.

But no one wants to listen to the sermons of an honest man. It is no fun hearing him.

What is there to respect an honest man? He refuses to budge when he is requested to. What nonsense?

Honesty is a rarity.

But it is disgusting to see the honest people who try to swim across the wave. If entire system is dishonest, what is the use of a few raising a red flag?

But the projects and initiatives of honest people are deserved to be shot down.

But honest men do honest things for gaining good name for them. Dig his cupboard and plant skeletons. Defame him at any cost.

William Shakespeare said: ‘No legacy is as rich as honesty’.

But the honest people will indeed die poor. But smile in his grave and beyond?

People love honesty; but hate honest people
Still I feel it is worth to be honest!

"If you can talk with crowds and keep your virtue,
Or walk with Kings---nor lose the common touch,
If neither foes nor loving friends can hurt you,
If all men count with you, but none too much:
If you can fill the unforgiving minute
With sixty seconds' worth of distance run,
Yours is the Earth and everything that's in it,
And---which is more---you'll be a Man, my son!"
(Rudyard Kipling)

(Views are personal. You may forward the article by e-mail, FB, or Twitter by clicking the ikons below. Comments are welcome)