Markets and Corporates: From Economic Rationalism to Sociological Realism


Market structure and corporate power have been inextricably intertwined in the globalized world. Both gain considerably from the opportunities offered as a result of the rapid changes in the area of communication and technology. Thus businesses and economy of particular countries get exposed to international laws, procedures and conventions. Such an exposure should ideally contribute in strengthening the economic ties between businesses and countries. Corporates that had the resources opened their wings worldwide in search of markets. Even those firms which didn’t have enough resources also strived to be global players for their survival.

As the field was wide open for the players –small, medium and big, world witnessed different ball games within the same space. Balls were kicked, thrown, pushed and tossed as the referees were asked to be liberal onlookers. Those who tried to bring in rules to end the chaos were accused as advocates of red-tapism.  Meanwhile, teams competed to buy, sell, borrow, and lease players and balls.  That required large cash resources within a short span of time. Major financial players extended liberal support to many in need. The climax was faster than expected. In games, some clear winners emerge at the end. But in this ‘free for all’ game without referees, the giants stumbled upon the biggies and both of them smashed the dwarfs. The result was a none-win situation. Chaos and confusion  originated in the field spread beyond not only to real lives of onlookers but also to the masses who were toiling for their daily bread quite unaware of mega market free game. 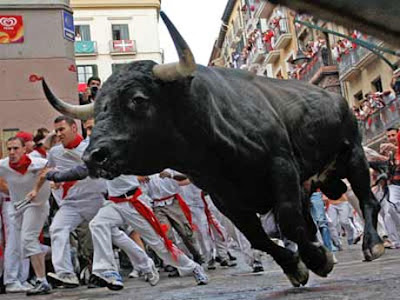 John Lie has rightly said that the study of markets is too important to be left to economics. But economic rationalism rules the financial and corporate world with little understanding of the way markets actually function. The economy is perceived to breathe through the stock exchanges. Analysts predict the glooms and booms in the economy based on the random numbers smoked out of the stock exchanges. Little they realize that the stock markets are nothing but institutions that survive on the fears, apprehensions, hopes, rumours, and gossips generated (deliberately and otherwise) on the greedy middle class dreamers and also on the smart moves of the loyal insiders. Meaningless numbers from these unscientific institutions are transmitted across the globe as if those are the readings from an Electro Cardio Gram that monitors the cardiovascular system of the economy. The reports are never analyzed to examine the causative factors, but prescriptions are given. Often the patients themselves suggest the treatment that governments need to prescribe. The pills are forced on the government rather than on the patient. And the panacea for all diseases that affected the economy and the businesses are suggested to be the policy and process of de-regulation and unlimited freedom for everyone to do what they want. The logic is that market will effectively control and balance itself in a globalized world amidst contrasting legal frameworks of particular countries. That is what is called economic rationalism.

The failure was quite predictable. Neither higher professional acumen nor unique prophetic skills required to understand the trajectory of games in an absolutely free market world. The moral of the true story is not ‘no laws means no loss’. The message that emerges out of the painful historic experience termed as ‘recession’ is the need to have an effective cross country regulation rather than the sermon for de-regulation. Corporate governance and business policies need to be governed by global norms that are sensitive to local needs. Problems cannot be solved by just replicating Sarbanes-Oxley Act of US, or any country specific regulatory institution.

What required are global regulatory institutions that govern inter-country transactions in a most fair, equitable manner giving ample scope for healthy competition and balanced growth. Therefore, what is important is not economic rationalism but sociological realism. It is for the governments to think of sitting across the table for formulating regulatory institutions of global character and representation. That can happen not through tripartite talks, regional alliances or specific groups of countries. Though existing country networks can have their own working groups, decisions need to be taken at a very large level so that views and interests of all countries are considered fairly. It is to be debated whether UN which is the organization with large membership-base has the necessary power, will, and acceptance across the nations to initiate the action to have an independent regulatory body for global corporate and business governance.

(Views are personal. Comments are welcome)

Click the links below to read related articles
Who trusts the auditors?

Satyam: A case of worst audit failure
By sibi at 8:19 AM