Citizens beware! The new private bureaucrats, the crime, the corruption and the red-tapism

For many years, we blamed the government and the government organizations for being inefficient, complex and corrupt. We adored Max Weber for appropriately applying the word bureaucracy and spoiled the reputation of this nomenclature by attributing to anyone and anything that are adamant, stoic, apathetic and irresponsive. Inevitable regulatory system imprisoned the government officials inside an iron cage giving them peanuts. But the smarties lavishly feasted encashing on the nuances and nuisances of the laws and ever expanding procedures, thanks to the voluntary and involuntary paperweights (read as hot cash) kept on the hopeless files by both hapless and dishonest citizens. Scholars, politicians, senior bureaucrats, media and the civil society angels loudly professed: No hope, no salvation, and no atonement – for and from the corrupt bureaucratic system.

What is the result?

Let me start with the brighter side:
It paved way for many players who were waiting for an opportunity to get the large business share hitherto monopolized by the government. Competition resulted in ensuring quality, cheaper rates, and accountability. The ambitious, greedy and aspiring middle class in third world countries got what they craved for: to live the life of a first world citizen while unfortunately destined to be born in a wretched third world.

And what is the darker side?
To know this, one need not look at any empirical studies. (In fact, there is hardly anyone who would like to research on this now!) Just look at our experiences rather than giving a complex theoretical discourse delivered by policy experts or intimidating statistics frequently displayed by economists. 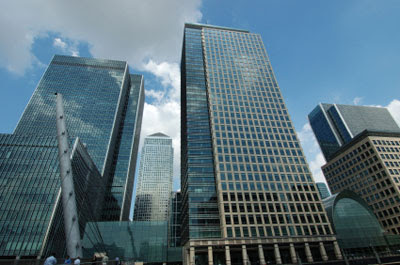 One simple ‘everyday life’ example from the bottom

You are a subscriber to the most essential service of the day: a phone or internet connection. You have a grievance to be settled. You approach the large, mighty, sophisticated, automated, cosy, pretty, and articulate service provider. You find that the polite voice on the other end cannot understand your pulse. The replies are disseminated from a stock of frequently needed answers. Each time you remind about the unsettled grievance, you are with a different person. You do not know where to go next. You are not allowed to explain your problem in plain and simple human language. No access to the huge structures guarded by private security guards. No awareness about the hierarchical structure. Even when you are fortunate to get a soul to interact, the response would be, ‘I don’t have the mandate’ or ‘this is the Standard Operating Procedure’, or ‘I am sorry, I can’t help’, or ‘register your complaint at Interactive Voice Response System once again’. You encountered with the new face-less private bureaucracy.

You were happy when you were told that many services hitherto provided by the mighty government have been contracted to be done by private players who have quoted the lowest rates in the tenders. Only the large entities could afford to quote lower rates. Cartelisation, predatory pricing and anti-competitive mergers and acquisition destroyed the fairness in allocating the resources and work of the public sector to the private players. They outsourced these contracts to smaller players who did not have the capacity and resources to execute the work. You found the same old ‘bureaucratic’ delays coupled with data thefts, corruption, and lack of accountability among those private providers. Some examples of criminal opportunities:  the promoters can exploit the resources with scant regard to sustainability, people can get multiple PAN numbers, criminals can get cell phone connections without any documents or by giving fake documents, vendors can circumvent standard postal procedures and can transport contraband, thieves can get into secure offices with the connivance of private security guards. These are just a few generic examples.

Why all these happen in a large private environment? a) Profit motive is predominant than service motive, b) The tendency to sub-contract the work to make more profit, c) Lack of monitoring of quality of the sub-contractor, d) Frequent attrition among the employees and lack of long-term loyalty, e) Lower risks for the mischief makers as they can vanish from the company before being caught and punished, f) When the company practices are perceived to be unethical, the employees also tend to be dishonest and selfish, e) Inadequate  government regulations to monitor the affairs in a liberalized environment, etc.

Apart from the above inefficiency in large private sector companies, most of these entities are marred by internal corruption. Managers at each level engage in deals that satisfy their personal interests. However only a few cases are reported to the police as there are no clear rules to punish the corrupt executives for financial crime committed within a private company. To safeguard the reputation, corporate managements let off these criminals with just an expulsion from the company. Businessmen and traders have many stories to tell about how they had to please the managers at various levels in a large firm to get into a business with the company.

Governments were quick to understand the corporate inefficiency and corruption and consequently established ombudsmen, sector regulators, and enacted various corporate governance legislation. However none of these initiatives have curbed the problems mentioned above.

The real reason: The problem of ‘Large’
Policy experts and technocrats dumped E F Schumacher’s concept of ‘Small is Beautiful’ many years back. But all the problems we face in the name of ‘bureaucratic inefficiency’ are the contribution of the ‘Large’. It is proved from the bitter experiences we have from the large private sectors that inefficiency, red-tapism and corruption are not the exclusive attributes of Government, but necessary fallout of any large, complex and non-transparent system.

What is the solution?

The solution lies only in creating small, independent, and responsible units within the existing large structures, whether it is in government or in private sector. Each unit should be given delegated powers based on the unique attributes and should be accountable for its operational decisions. There should be human interface in these units so that services are provided and grievances are redressed based on the needs and requirements rather than universal procedures. Technological interface should not undermine the genuine need for human interaction to find a satisfying solution to a problem.

Privatization and deregulation are irreversible. These processes need to continue. However governments cannot abdicate their responsibilities to ensure fairness, transparency and public welfare. Similarly, large firms cannot continue in an outsourcing and delegating process without ensuring quality and efficiency.It is imperative to have a stringent law to curb corruption in private sector and to make it mandatory for the private sector management to report the criminal incidents of internal unlawful acts to law enforcers. Regulators and ombudsmen need to establish their field arms to monitor compliance to regulations rather than be armchair watchdogs. Both statutory auditors, internal auditors and the Audit committees need to be proactive and should be made accountable for their laxities in reporting irregularities not only in financial affairs but also in security issues and consumer affairs.  Strict penalties may be imposed on all acts of corporate corruption, ethical failures, and procedures that are against public interest.

In short, we need to go back the concept of ‘Small is Beautiful’ to get rid of the ghost of Max Weber and his iron caged bureaucracy that has reincarnated as corporate bureaucracy.

Views are personal. Comments are welcome

Read my other articles on related topic

Frauds, Scams and a Corporate Lokpal

Markets and Corporates: From Economic Rationalism to Sociological Realism

Walmart beware: There are many Davids to challenge you in the globalized world