Who hates gifts? Of bouquets, gifts, and mementos

We love bouquets. When someone presents a bouquet on your birthday you would like to keep it fresh for many days in your room.  But the lifespan of those hundreds of expensive bouquets people diligently carry to give to the married couples or to the dignitaries during functions are only for a few minutes as they are thrown elsewhere immediately. Don’t you think it’s a sheer waste of money, though this would support those who are in the business of horticulture?

Why not carry an attractive gift for them? But, how do we know what is attractive or useful for the receiver? There are instances of couples and their families leaving with truck load of casseroles, flasks, crockery, show-pieces, lamps etc. from their wedding venues. What will they do with all these items? Someone said that there are contractors who will buy them back for a reasonable price. Another person said, even the bouquets thrown at wedding venues are traded by the event mangers to re-stock at the flower shops! Imagine, you are buying the same bouquet twice on consecutive days!

To ward off the confusion of what to buy and to avoid the embarrassment of carrying a gift, people chose to present gift vouchers these days. There are several companies and vendors offering attractive gift vouchers. But I know about a friend who received a gift voucher for his wedding. While handing over it at the supermarket on his first shopping with his wife, the sales boy pointed out a finely printed condition that when you buy one, you will get three free of cost!

In some Indian villages, there is a custom of giving cash gifts to the newlyweds at the time of marriage. But, one cannot handover them directly to the couple. There would be an elderly uncle or aunt sitting at the entrance with a note book to record the name of the giver and the amount after carefully counting the currency. As per the custom, the giver is entitled to receive back exact amount (not any lesser amount) whenever there is a function in his family. Thus the note book is a historic record which will be audited by the elders. This is will also be appropriately distributed as contingent liabilities at the time family partition.

What about the gifts and mementos received by speakers and dignitaries? For constitutional functionaries, politicians holding public offices, diplomats, and other official dignitaries, the valuable mementos received by them needed be handed over to their office custodians. Similar rules are prescribed for government servants in respect of gifts received in official capacity.  Information on gifts of above certain value (limits prescribed long ago) received in the personal capacity need to be intimated to the Government. Most of the mementos received by the senior bureaucrats and ministers were handed over to their drivers, orderlies, and maids while leaving the post or station.

There are several stories of ingenuity by the organizers of functions in selecting gifts for their guests. For some of the organizers, this is a suitable source to make money. The gifts are always wrapped and brought to avoid any scrutiny and the value of the content is inflated in the accounts. Some busy organizers outsource the task of buying gifts to people unconnected with the function.

Once for a function to inaugurate a seminar for young married couples, the local parish priest was called as the chief guest as the young doctor who was supposed to inaugurate expressed his inability at the last minute. The person who was entrusted with the purchase of a suitable gift for the seminar had already bought a book and handed over to the organizers. On reaching back, the priest eagerly opened the gift and disappointed to see the latest edition of Vatsayana’s Kamasutra.

A government organization invited a dignitary to hand over the retirement cheque to a staff. While handing over the cover to the employee, the chief guest wished: ‘Let this fulfill your long cherished dreams and expectations. I am sure you are wise enough to not to spend it forthwith for your children, but keep it for your emergencies in the old age’. Stating the above, the chief guest gently opened the cover and found it empty. He looked at the head of office sitting near him. The head of office quietly whispered in his ears so that the microphone would not capture his words: ‘Sir, the cheque is still on its way from the Zonal Accounts Office of the Government’!

One leading industry association of more than 150 years old invited me to deliver a session. In the meeting, one of the organizers handed over me what he told the audience ‘a memento’ as a token of appreciation. I believed that one needs to insist anyone who hands over any gift, to give it unwrapped. Let it be in full public view, for transparency and for many obvious reasons. Many times, I used to do the embarrassing work of opening it myself and show to the audience. But this particular hefty gift, which was wrapped in colourful papers and pasted with several cello tapes, was immediately taken possession by another organizer and later quietly kept in my car. I forgot to open the gift for a few days as I was travelling. Later, while clearing my bag, my wife took the hefty packet and disinterestedly placed it on my table, without opening. She said, ‘I think it is a big book’. She knows, books are always my favourite gifts. It took me several minutes to open the well-sealed packet. Finally the gift turned out to be huge telephone directory of businessmen in that particular city where I neither stay nor intend to stay. 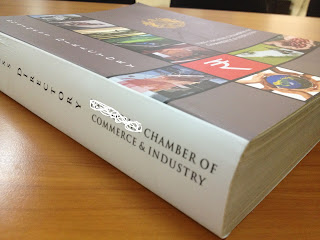 Most memorable memento I received was from a Government School where the children of sweepers, auto rickshaw drivers, and domestic helps study. I organized a few sessions for these students on leadership and personality development. At the end of the program, the students and teachers handed over me a painting done by them. I feel that was one of the most valuable gifts I have ever received.

Most touching experience, was when the students from that School visited me again at my office, on Christmas eve, and handed over a portrait of mine sketched by a student with pencil and also some Christmas decorations designed by them. Those students were from very economically backward families belonging to Hindu and  Muslim communities.

That token of appreciation and gratitude do not reflect on my worth, but the values, skills, generosity, and sincerity of these gifted children and their committed teachers. This gesture was in sharp contrast to one by a leading private international school that handed over a few picture post cards bought from an international business chain as a token of appreciation for my lecture.

Most of the gifts in today’s world have more than one strings attached to them. Therefore, the less gifts you receive, the less obligated you are. A warm smile, a few sincere words of gratitude, prayerful wishes, and a good applause: these are the most valuable gifts you can receive and reciprocate to any guests, dignitaries, or to persons celebrating their valuable milestones in their lives.
(Views are personal.)
By sibi at 10:39 AM