My daughter wanted to have a pair of spectacles. She thought that it would enhance her ‘look’. Most of her classmates wear spectacles and she felt that it is a handicap not to have one. She would put her grandma’s ‘high-powered’ spectacles though she was warned that she would get a headache. On a trip to a tourist location she cajoled us to buy her a pair of spectacles with plain glasses and she enjoyed wearing it to ‘show off’ to her friends.

As soon as the above cheap stuff was broken in a few weeks’ time, she started reminding us about the headache and the need to visit an ophthalmologist. But she was disappointed after the last two annual check-up, as they said that there was nothing wrong with her eyes.

This year, as she complained that she is struggling to read what is written on the board, I took her again to an eye clinic. Though the optometrist reported a slight ‘power issue’, the ophthalmologist was not sure. She wanted us to come again the next day for a re-check. The next day when they came to the conclusion that she needs glasses, my daughter instantly became jubilant.  We went to the optician in the hospital premises to place order for the glasses. He showed us several frames and the cheapest frames would cost Rs 1200/-. My daughter chose the most stylish of the cheapest. Then the person at the counter told me that the charges for the glasses are separate and one can get them for as low as Rs 200, but the ‘better’ ones would cost a few thousands. I asked him whether the cheapest glasses are functionally inferior to the costlier ones. He said that the cheapest ones also meet the same standard as per the specification given in the prescription and we left the place after ordering the best of the cheapest! 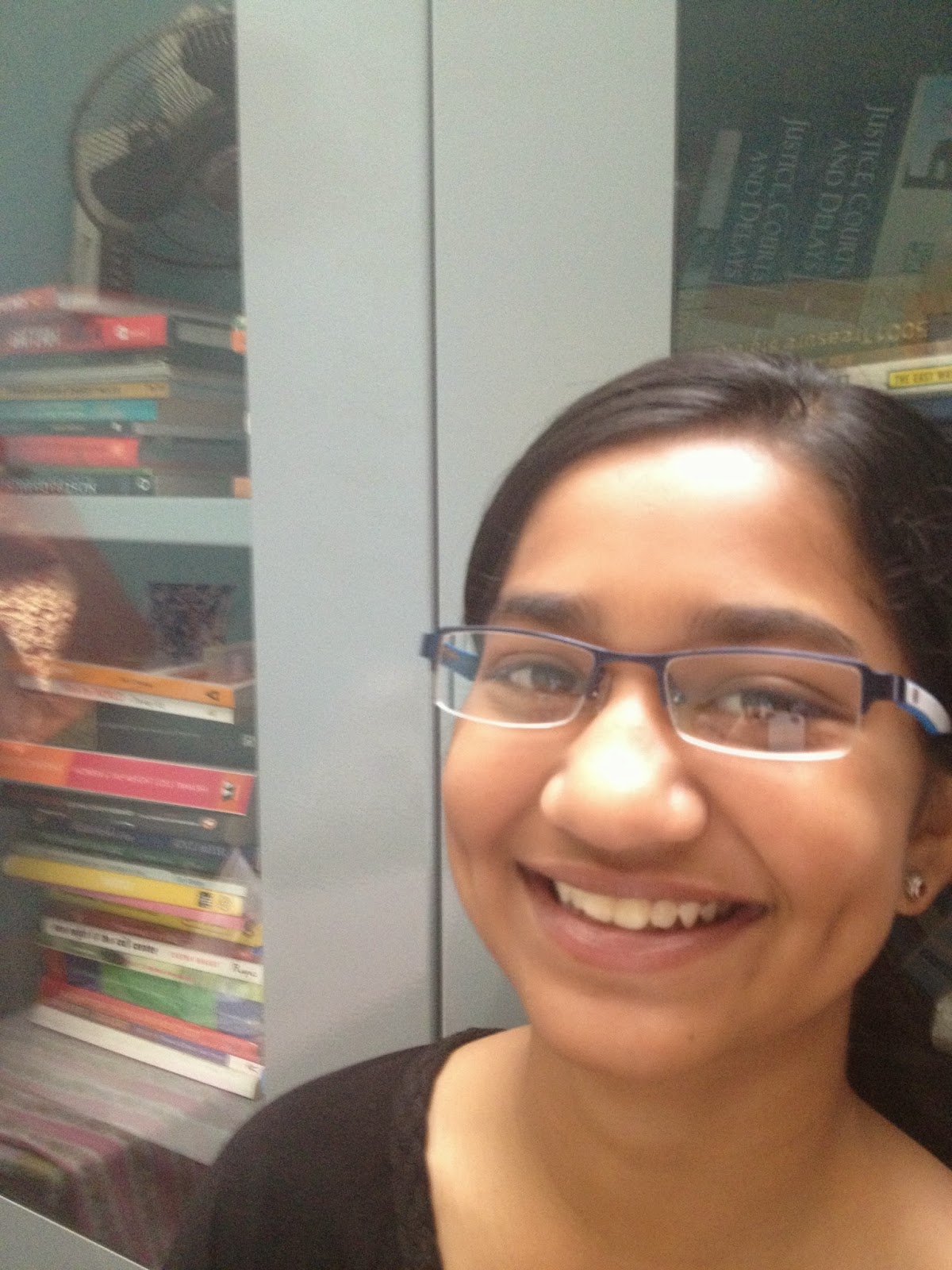 That day, by afternoon, my staff spotted redness in the corners of my eyes. I had not thought that spending time in an eye hospital with optometrist, ophthalmologist, and optician would give me a free eye infection. After reaching home, my wife spotted the redness and concluded that it was an infection. She called up her colleague who is an ophthalmologist and got the prescription to buy the eye drops. My daughter went to the pharmacy located in the residential colony and bought the medicines immediately. I was asked not to watch TV, not to hook to the laptop and not to read anything. I went to bed at 9.30 pm, a few hours earlier than my usual bedtime, though I didn't get sleep for long time.

I realized the value of eyes at that point of time. What is life without our eyes? Recently I read that about 37 million people in the world are visually impaired. Out of this about 15 million people are from India. Almost 75% of the cases are avoidable blindness (corneal blindness) which can be cured by transplanting donated eyes. If I felt impaired a few hours because I couldn't watch television, read books or work on my laptop, I really needed to worry and empathize more about those who cannot see anything for several years. A few months back I suggested to a voluntary organization to do a campaign for eye donation to get more people enrolled. I also had discussions with two leading hospitals and tried to develop a team to take the initiative forward. But the project is yet to take off.

I need to be more sincere on this! We don’t lose anything by donating our eyes as we do it only after using and misusing them during our entire lifetime. Whatever covenant we make with our eyes, they still go where they want! It is written, ‘The eye is the lamp of the body. So, if your eye is healthy, your whole body will be full of light’. It is also written, ‘If your right eye causes you to sin, tear it out and throw it away. For it is better that you lose one of your members than that your whole body be thrown into hell.’(Mathew 5:29). It would be great if we can bring light to those who are visually impaired by donating our eyes rather than making our own way to further darkness.

In the morning I frantically searched for dark sun glasses to put on. Though it is a myth that conjunctivitis would spread if we look at someone, I thought it would be better to wear glasses. It is uncomfortable for people to see the reddish eyes. We always try to hide the reality behind dark glasses!

As I started scribbling this during the lunch break, I got repeated calls from my daughter. She asked, ‘Can you tell the optician to get the glasses today itself as my friends want to see them at the basketball court this evening?’

“Living in that childish wonder is a most beautiful feeling - I can so well remember it. There was always something more - behind and beyond everything - to me, the golden spectacles were very, very big.” (Kate Greenaway)

If you want to know about donating eyes and the procedure, click here.