The art and craft of smiling: This is learning time friends!

A few months ago, while sharing the dais with a VIP, I wondered! Why doesn't he smile? Normally this category of VIPs showers their lavish smile to people in public. Later I understood that once someone is in power, he is not supposed to smile unnecessarily. Power and related responsibility tightens those facial muscles that help one to smile. Though there is no consensus among scientists and researchers on how much effort one has to take to smile, an email forwarded to me said that it took 43 muscles to frown and only 17 muscles to smile! That means, smiling is easier and less tiresome than continuous frowning!  But many people in power give that disgusting facial expression when they meet people.

Recently I saw colourful posters all over the walls in the town with the smiling photograph of the VIP mentioned above. Oh! How the photographer could make him smile so well? Later, I found the VIP meeting people and addressing the gatherings with relative ease and enthusiasm. He waved at everyone on the road, smiled at every human being present, caressed every child he saw, and hugged every dirty looking creature on the way! Someone whispered, ‘Voter is the king till the date of polling!’

The bureaucratic bosses need to learn from above VIPs 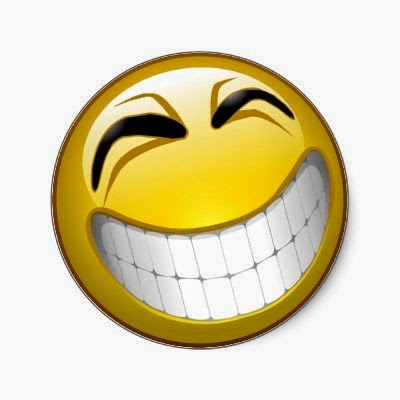 I have written about some of the bureaucratic bosses earlier. Their smiling curve goes down as they go up the ladder. There is one difference when we compare them with the VIPs mentioned in the beginning of this article. Those VIPs would lavishly smile at least periodically (mostly once in 5 years) when they come out of their ivory towers to get ‘recognized’ by the public. But the bureaucratic bosses and some senior corporate bosses tend to use the seventh cranial nerve (the facial nerve) very rarely for smiling at people below them. They prefer to be serious till they retire.

Following is an excerpt from my earlier writing on this:

‘In many organizations one can spot boss who tend to keep his smile as a treasured expression that cannot be showered on all and sundry in the organization. He thinks that the serious expression on his face and his measured words would give him an edge over others as the one holding the very important post. He tends not to give an immediate appointment for those who want to see him even when he is absolutely free. His incoming calls are screened if they are from subordinates. He prefers to come straight to the business and targets during one-to-one meetings leaving no room to give a warm regard for the employee-visitor either in the beginning or at the end of the meeting. There are many bosses who get out of the car and walk straight into their cabins through the corridors of the office without even responding to the respectful and friendly wishes of their employees.

Bosses are not directly imported from outside on a fine day in many organizations. They are made to become bosses over a period of time by virtue of either their merit or seniority in the same organization. And employees and other stakeholders of the organization naturally expect better understanding and empathy from a boss coming up from the same organization. Of course, a certain degree of change in the interaction pattern is tolerable though not always desirable. For example, he may leave the luncheon circles he used to be an active member. He may stop cracking jokes with his erstwhile colleagues and may not seem to enjoy the conversations any more.  Subordinates are kept at bay fearing demands for undue advantages.

Gianpiero Petriglieri and Mark Stein , in their article in ‘Organization Studies’ describes what they call ‘The Unwanted Self’ to refer to the Projective identification in leader’s identity work. According to them ‘while the leaders are likely to work hard to actualise and maintain selves that reflect’ what is valued by team members, there also ‘exists a reservoir of selves that they do not like or wish to become’. From the above perspective the demonstration of ‘seriousness’ and ‘arrogance’ by bosses may  be a perverse way of gaining and exerting power.

Machiavelli had said that it is better for leaders to be feared than to be loved. That would not be applicable in modern organizational settings. Warmth and kindness will make bosses more popular and respected in the organization. Those who believe in demonstrating a ‘busy boss behaviour’ and an attitude of ‘boss means only business’ are definitely mistaken. Gone are the days when one could extract work from subordinates through threats and undue manifestation of authority. Present day employees expect understanding, empathy and encouragement from the bosses to contribute their best.’

Moral of the story

If you have forgotten how to give a good broad smile, this is the time for you to step out to the streets. You can learn the art and craft of smiling from the VIPs this month! It could be artificial. But the people are happy! After all, who loves a frowned face?

(Views are personal. Categorized under academic area: 'Leadership and Self-improvement')