When trust is sold

Secrets continued to be the bestsellers always and everywhere. It is a human tendency (if not weakness) to tap every available source to know about the secret of their ‘significant others’. Even a celebrity or a national leader can also be a significant target. Authors or the would-be authors and their publishers know what sells in the market. So, they source the valuable data through laborious archival work, less laborious ‘purchases’, very exciting chitchats or by throwing cocktail parties. American author Kitty Kelley is popular for her bestselling unauthorized biographies of celebrities and famous persons like Jacqueline Kennedy, Elizabeth Taylor, Nancy Reagan, Oprah Winfrey etc. While Oprah Winfrey dismissed the book as untrue, Kelley claimed that she ‘confidentially’ gathered data from employees and close associates of Oprah Winfrey for the book and the data was genuine. 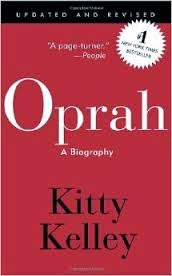 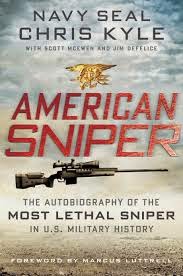 You get the best (and the most valuable) secrets through the first hand contacts. Here we come across the breed of writers who share to the public domain their past encounters with ‘people who matter’ or to put it straight, ‘the people in whom the public is interested’.  Authors who go to the extent of selling secrets might me engaging in the deal for various other reasons as well. Some do it to express their excitement to be out of an iron cage for too long where their tongues were tied. Some others do it to relieve their tension in keeping secrets for long time. There are a few others who want to settle scores.

When it is from the horse
When someone starts sharing something that only he is exclusively or substantially privy to, there is a lot of attention from the interested persons. There are three broad categories of secret ‘publishers’ (not the publishers of those secrets) here: First category consists of persons who accidentally heard or experienced certain things that were supposed to be secret. The second category is those who were inquisitive and took deliberate steps to hear and understand the secrets. The third category is those who are part of the ‘secret’ deliberations in their role as secretary, advisor, executor, aide, assistant, colleague or conduit. (I exclude all secrets revealed by estranged partners in marriage or closely held partnerships from this discussion)

The third category I mentioned above is the subject of discussion in this article.

Let us view the subject from the angle of the ‘subject’ of the book. He (She) reposes complete trust on the person selected by or assigned to him as an adviser, assistant, collaborator, associate or in any other similar role. By virtue of the position and the role assigned to such adviser or secretary, he becomes a party to much information that is not ordinarily known to outsiders. It could be personal opinions and attitudes, moods and emotions, habits and lifestyle, informal conversations and formal communications and actions contemplated and executed. Some hyper-intelligent ones would assume themselves with divine skills and claim that they could even read the ‘thoughts’ of the men for whom they worked! There are hundreds of biographies worldwide written by such men who were in the ring surrounding those great men about whom they wrote.

A few days back a jury of a US court awarded $ 1.8 million dollars on a defamation suit filed by Minnesota Governor Jesse Ventura, who was earlier served in the US Navy under water demolition team against Chris Kyle who served four tours in the Iraq war and was awarded the 4th highest commendation awarded for the acts of heroism in a combat zone. After discharged from the US Navy, Kyle wrote the New York Times bestselling autobiography, ‘American Sniper’. It was claimed in the book that Ventura had made derogatory statements about fellow members in the Military while in the bar. (Kyle was shot dead by a person in Feb 2013).

The following recent works from India could be without any hidden agenda or ulterior motives. But it is likely that readers or public wonder whether there is any possible breach of trust though the authors might have had certain good intentions in revealing the secrets.


First is the book ‘The Accidental Prime Minister’ written by Mr Sanjaya Baru, the former media advisor of the Prime Minister of India Shri Manmohan Singh. He talks in detail about Mr Manmohan Singh in this book. Most valuable secrets are hidden in the lines and there is no need to have any superhuman skills to decipher what he tried to convey. This is evident not only in the book but also in the series of interviews he has given to the media on the controversies surrounding the book.

Second is the book, ‘Crusader or Conspirator’ written by Mr P C Parekh who is a former IAS officer and secretary to the Government of India. The author mentions how Prime Minister Manmohan Singh shared his helplessness in certain situations while performing his role.

The third one is ‘One life is not enough’, a book written by Mr Natwar Singh, a former bureaucrat and cabinet minister in the Government of India. Mr Natvar Singh’s  book focusses on the attitudes, aspirations, lifestyles and thoughts of Mrs Sonia Gandhi, the President of the Indian National Congress and the widow of Rajiv Gandhi former Prime Minister of India.

All the above three persons are achievers who have done exceptional work for the society. However, the sensationalism surrounding the above mentioned books, though unintended by them, has raised an alarm about the appropriateness of the ‘timing’ of their respective publications and also about certain contents.

There are two theoretical views on the trust that one reposes on the another person. First is the social contract view and the other is the rational view. In the social contract view, there is an element of reciprocity based on social expectations. It is based on the normative foundations. But in the rational view, there is a perception of risk emanating from an apprehension of breach of trust. Therefore the person tries to get guarded while trusting the other person. This is actually a misnomer. How can one call it a trustworthy relationship when there is a perception of risk?

Trading book without trading trust
One can’t live and work independently especially when he or she assumes a role of very high stature and responsibility. None can function without an intimate circle of friends or assistants to share, discuss and seek advice. This is equally relevant for every person at any level or circumstance. Aristotle has said that a person who has no need for friends is either a God or a beast.

The trust associated with intimate and close association is something that is permanent. Even when the relationship has been broken, government has fallen, association has been dissolved, or the persons have disappeared to oblivion, one thing shall remain forever: That is the moments spent in trust with each other. There cannot be any justification whatsoever for divulging anyone of these viz. the  personal opinions and attitudes, moods and emotions, habits and lifestyle, informal conversations and formal communications and actions contemplated and executed of and by the other person in confidence UNLESS that directly or indirectly adversely affects the reputation of the other person (unless used to protect oneself from a lasting damage, as a last resort or as a response to a legal proceeding).

Anything can become a best-seller, be it a book, film or a mere tabloid. But let it be through a content that upholds the truth, protects the privacy, safeguards the reputation, and by respecting the sentiments and expectations while one was in a relationship or association.   Let us not trade the trust.

“The friend in my adversity I shall always cherish most. I can better trust those who helped to relieve the gloom of my dark hours than those who are so ready to enjoy with me the sunshine of prosperity” ( Ulysses S Grant)

Views are personal and purely of academic nature.