Where are the footpaths and the safe crossings in Bangalore city?


When my friend Raj Kumar invited me to go with him for a coffee at a popular joint a few kilometers away, I said ‘Yes’, but on a condition that we would walk rather than taking the car. Then he asked me a very pertinent question: “ Where is the footpath?” I didn’t have an answer.

Urban infrastructure in India, especially in cities like Bangalore, is pathetic. It is a well-known fact. But most deplorable is the pedestrian unfriendly (anti-pedestrian , is a better word) policies and projects . There is no place for pedestrians to walk on the main roads. It is almost impossible to cross the roads. Many times, one has to walk kilometers to find a pedestrian crossing or a safe place to cross the road. I have experienced this on the busy roads where I had to wait for more than half an hour to cross even at the zebra crossing. It points to a traffic management that is insensitive to the pedestrians.

Following photos are of the footpath of a  prominent road in Bangalore city. 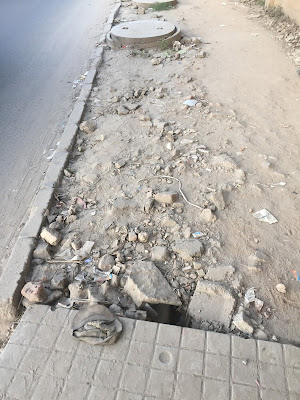 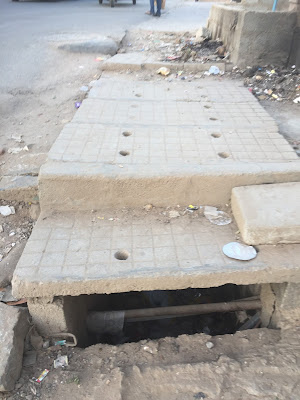 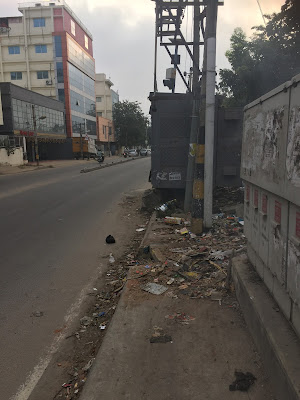 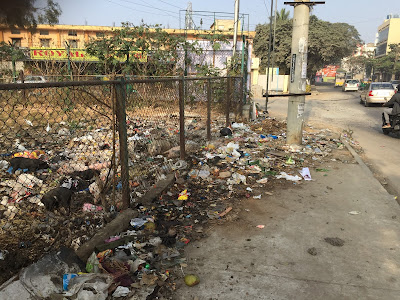 Pedestrians are forced to walk on the road as the foot paths are obstructed. Slabs in foot paths are broken at many places with dangerously open manholes that are not visible at nights. There are no adequate street lights.  Many ride their two-wheelers on the footpaths. 14590 cases of foot path riding have been registered by the Bangalore Traffic Police in 2014 alone.

Pedestrians cross the road because there are no convenient zebra crossings, subways or footbridges.  But it is very interesting to see that many jay walkers were booked under The Karnataka Traffic Control Act (1960) and levied fine after producing before a magistrate. It is reported that over 2200 persons have been penalized by the Bangalore city traffic police in the last six months for walking on the road or crossing at medians. Traffic police cannot be blamed for this action as jaywalking is dangerous. However, many times pedestrians cross the roads not for their convenience but because there is no other alternative.

According to a release by the Bangalore Traffic Police, ‘In India, nearly 5 lakh cases of accident are reported and nearly 1.5 lakh people lose their lives in road traffic accidents and nearly 5-6 lakh people become permanently disabled. In Karnataka, nearly 10,000 people die due to road traffic accidents and in Bengaluru City more than 700 people are being killed in road crashes. No contagious diseases, nor Tsunami or any other natural disaster is known to take the death toll to this extent.’

There is a saying in Malayalam that ‘one who sits on an elephant doesn’t know about walking down on the road’. This is what has happened literally in the sphere of pedestrian service. For a change, those who are in charge of governance should walk on the main roads during peak hours and experience the hardship faced by the pedestrians. That could prompt them to focus on pedestrian-friendly urban road projects.