Sweet tongue to Iron hand: The paradoxes of the banking mode of conduct

May be this is an exaggeration. But I felt many times that there is only one place in the world where we find a strange combination of sweet tongue and intelligent deception followed by cutthroat action. That is the banking sector.  We would also see the greatest paradoxes there. While the multibillionaire who evades the repayment is treated with soothing drinks and cookies in the chamber of the chief manager, the goons of the bank threaten the poor farmer with auction notices for his hut, driving him to suicide. Such banking mode of conduct is not limited to the private banks, but to the public sector, the scheduled and the co-operative banks as well. 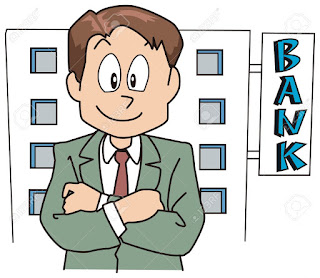 Who will render justice in an unequal banking world? It was sad to hear that a poor farmer was imprisoned in Kerala for the delay in repaying an instalment of the loan taken to pay his daughter’s fee. A few days back a farmer who stayed in Kundapur in Udupi who owned 1.3 acre of rubber plantation committed suicide when he could not repay a loan from a co-operative society.

For a ‘favored’ customer, loan conditions are either waved or compliances fabricated. But, the banker will look at a small customer who is in dire need of a loan as a potential cheater who might run away with bank’s money and insist for compliance to stringent and outdated terms and conditions. Apart from farmers, another category of victims of highhandedness of banks are the students. Not very long ago, a hapless nursing student committed suicide due to the harassment of bank officials. Impractical, complex and discouraging approach of the bank authorities force people to fall in the hands of unscrupulous and greedy money lenders.

When I got my job, I approached the manager of a scheduled bank for a car loan. Apart from the hypothecation of the car, salary certificate and an agreement to debit the EMI from the salary account, the manager wanted original deed of at least 2 acres of land as security to grant the loan, that too at an exorbitant interest rate.

It looks like most bank managers are trained to do anything for the sake of results. They are committed ‘utilitarians’.  They believe in the end, not the means. So much we hear about promotion of start-up companies these days. But ask any young, bright and enthusiastic innovator who wants funds for her venture about her experience while interacting for a bank loan.  Most bank managers are hesitant to support young entrepreneurs like her in spite of a collateral security. Even if their actions lead to shattering of dreams of a farmer, entrepreneur, or a student, the officials go by rulebook if the customer is not a big fish. However banks and their legal teams close their eyes on the benami properties of large defaulters who ran to BIFR (The Board of Industrial and Financial Reconstruction) or other similar agencies. Banks in turn treat the outstanding as irrecoverable bad debts and cry to the government for schemes in the budget to rescue their stressed assets.

Bank managers are never shy of illegal or slush money (I don’t like to use the world ‘black’ to refer to unaccounted money as the world has inherent racial bias). In those days when banking was not computerized, bank managers used to keep the account pass books of the large depositors of money not disclosed to tax authorities in their cabin or in their house. These accounts were known only to the manager or his one or two trusted staff. They still do that albeit in different ways. Not only swiss banks, many desi banks too are notorious for money hiding. They will receive any sum with widely stretched hands and lips. Financial institutions are supposed to send ‘Cash Transaction Reports’ (CTR) and ‘Suspicious Transaction Reports’ (STR) to the Financial Intelligence Unit of the country (FIU-IND). However, detection of huge unaccounted income by enforcement authorities indicates that the reporting mechanism has been flouted in such cases. Immediately before the serial bomb blasts in Coimbatore in 1997, it was noticed that crores of rupees were transacted through the bank accounts of an STD booth owner from a branch of a scheduled bank in Mumbai to its branch in Coimbatore. Funds related to drug trading, terrorism and other illegal activities are transacted through KYC-non-compliant accounts and it is extremely difficult to nab the criminals and beneficiaries and to ascertain the character and purpose of the transactions.

Some bank officials double up as tax consultants too. Many managers are experts in giving dubious tax advices to those slush money holders and tax evaders who want to pump them to respectable domains. They suggest different strategies based on the quantum of the amount. If the amount is only a few million, they suggest them to deposit the money in multiples of Rs 49999/- or less to escape quoting of PAN number. The mangers are very benevolent by giving them blank Forms (15G/15H)  to sign which contain a declaration that the taxable income of the depositor from all sources is below taxable limit and therefore no tax be deducted from the interest income. Some mangers would open accounts in various names (they themselves will suggest the names, if the depositor is in short of names to open SB accounts: Ramasamy, Chinnasamy, Munisamy, Narayanasamy, Rathnasamy etc. with many permutations and combinations of names ending in Samy, Sami, Swami, and Swamy ). Some co-operative banks in the country are dens of illegal deposits and therefore they oppose the rules related  to quoting of PAN and deducting tax on the interest income. People spend huge sums to get elected to the boards of such banks for obvious reasons.

Some banks aid in money laundering in grand scale globally. Recently, a few banks including one in the public sector were found to be aiding an organized racket of money laundering in the guise of remittances related to export and import. As per reports, many domestic help, rickshaw-pullers, drivers and unemployed youth were made directors in fake companies (by giving them a few thousands of rupees) as part of Rs 6000 cr ‘banking-hawala’ scandal. The scam came to light when an internal audit team alerted the top managements about a fraudulent trade circuit wherein exports were made through inflated bills and duty drawback claimed through fake import bills by a few businessmen. Case is being investigated by CBI, ED and SFIO (Serious Fraud Investigation Office).

If you thought that only persons like Satyam’s Ramalingaraju can show huge deposits out of thin air to mislead the investors and potential collaborators, you are mistaken. Some of the bank mangers in interior Kerala could certify that their branch deals in huge foreign currency to aid the black money launderers. In one case it was found by the concerned enforcement authorities that a bogus certificate was issued by the manager of a scheduled bank that a particular NRE account maintained in the branch contained huge amounts in foreign currency and a cheque was issued to a tax evader by the account holder as a gift out of ‘love and affection’. Everything was strange here: Donor and donee didn’t know each other; foreign currency was not actually deposited by the customer, but by an agent dealing in such currencies; and donee paid the money in Indian rupees including an attractive commission to the agent. The bank manager and the NRE account holder got their share of commission for illegally ‘renting’ out the bank account for such transactions. How could such transactions escape the internal audits and statutory audits? (That is another issue of concern. The present system of statutory audit is marred by corruption, nepotism and inefficiency. Read this article).

Thousands of cases of cyber money frauds are happening across the globe. Lakhs of people are cheated by the fraudsters who operate as insurance agents, telecom tower installers, multilevel marketing firms etc. In all these cases money is ultimately withdrawn by the fraudsters through bank accounts opened by violating the KYC (Know Your Customer) guidelines and hence police is unable to track the funds or the criminals. Banks cannot absolve their responsibilities in such crimes perpetrated with the connivance of their officials.

Management institutes have reluctantly incorporated Business Ethics as a course for the MBA students. When it was an elective, there were no takers for this course as students thought that any credit received for that course would not increase their bargaining power (for higher pay) in the job market or during the campus placements. After witnessing thousands of scams all over the world, a course called Corporate Governance and Business Ethics has been introduced as a compulsory paper in management schools. But many banks are yet to give priority to teach their officer trainees lessons in ethics in marketing, finance and accounting. Obviously some managements don’t want their officials to be too much ethical when it comes to increasing the bank’s profits. Their definition of honesty is limited to protection of bank’s assets and their brand value and nothing more.

(This article is not intended to generalize the situation to all banks. There may be a few banks and their officials who are rule abiding, ethical and vigilant.)