A tax on unhealthy indulgences!

We hear about sin tax. Putting a heavy burden on the consumers of socially undesirable goods and services is an appropriate strategy to dissuade the addicts. At present we do have in many countries higher taxes for cigarettes, liquor etc. There may be two opinions on whether such fiscal tools have helped controlling excessive consumption of intoxicating and addictive products. However, governments emerged as gainers because of the substantial revenue earned from such exercises. It is time to extend such positive discrimination in tax rates to the segment of unhealthy foods. Not for garnering large revenue for the state, but to discourage the consumption and to make people opt for healthy substitutes. This can work, as junk and unhealthy food products are less addictive as compared to alcohol and tobacco. 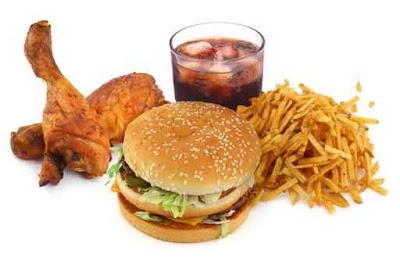 There are thousands of medical and scientific reports about the unhealthy food stuff that are pumped in large scale in the market. Unfortunately, people like to indulge in such unhealthy stuff. Due to the mass appeal, there is bulk production of such goods, and consequently they are sold at cheaper rates. At the same time, the healthy food items are very costly as there is less demand in the market and therefore economies of scale won’t work. For example, in many big cities, soft drinks are available at cheaper rates than pure drinking water. The multinational junk food provider would give you a large glass of Pepsi packaged along with your burger or pizza, but he would grin when you ask for a glass of water.

To discourage consumption and to make the consumers pay for the social and health costs associated with this habit, governments may consider imposing an additional tax (with an appropriate name like ‘junk food tax’ to remind about the rationale) on retail junk food. Similarly, to encourage more people to consume healthy food products, it is necessary to give all such items tax relief to keep the prices low.
In this millennium, countries all over the world are thinking loud to bring in a society that is built on equity, welfare, sustainable lifestyle, and qualitative growth. In such an approach to life, there should be marked changes in tax policies as well. Taxation is not just an economic instrument, but also a sociological instrument. Fiscal tools should be applied to bring in the desired positive changes in the lifestyle of people.

The concept ‘Economic externalities’ by the Economist Arthur Pigou is relevant in this context. He said in his book ‘The Economics of Welfare’, the Net Private Product (benefit received by the business house) in certain businesses are relatively large as compared to the Net Social product (gains for the society and state). As illustrated by him, the alcohol business results in various social issues, enforcement challenges and crime. The producer needs to pay for the non-pecuniary externality he created. Therefore the business is taxed at higher rates. Pigou had argued that the high costs would definitely reduce the quantity of product produced.

If one analyses the above concept in the current social and economic context where people, particularly the younger generation are almost addicted to the junk foods, they would demand more of such goods and the producers in turn would produce more of such products. Due to large turnover, the cost of production would fall. The producer would also be smart enough to gain from the ‘Value Added Tax’ (VAT) regime by shifting much of his tax burden.

A separate tax with a unique label that conveys the intention and rationale behind the imposition, (rather than just higher rates) may be levied on all unhealthy items. For this purpose, food products may be categorized into different grades or levels after assessing their impact on health. Most unhealthy foods should be taxed at highest rates (eg. Aerated sugary drinks, junk foods, Processed food from red meat etc.) Medium unhealthy foods should be taxed at moderate rates (eg. Processed non-veg products). Similarly highly healthy foods should be given exemption from all existing taxes (eg. Organic foods, and unprocessed fresh fruits and vegetables) and tax rebates may be given to moderately healthy goods (fibre rich processed natural food products).

Now the confusion is what are healthy food products and what are not? This is a universal confusion! (See my article: ‘Tell me what should I eat?’) There are individuals and groups arguing in favour or against a particular food item. The decision should be left to a team of independent health professionals to recommend food products to be categorized under various levels similar to what mentioned above. That means , we need to have an exclusive Food Standards Authority for determining above classification.

The summary: Let the addicted pay more for his unhealthy indulgences. Let that money make the healthy food much cheaper so that more people go for it!

Tell me what I should eat?
Voluntary simplicity
10000 steps a day: Is it possible?
Low cost window dressing of life

Comments are welcome. Views are personal.
By sibi at 6:47 AM