Faceless libraries in a Facebook age: Read what is happening inside some of the libraries

Libraries have fascinated me since my school days. I still like the smell of books inside a library. I always cherish the days I spent in various libraries. The characteristic silence within a library is stimulating for readers, though staying in such silenced environment for longer period has made the face of most of the librarians and library staff grim. 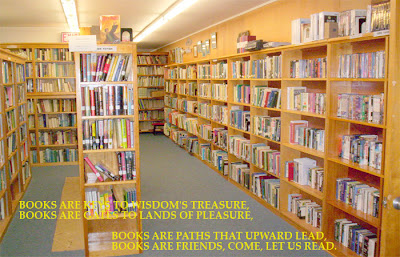 Every library where I spent in the past has given me interesting experiences. I remember the Library Assistant of the college in Trivandrum who had the knack of concealing the most sought after text books at remote areas in the library and thus creating panic among the students. He would know precisely when the professor asks the students to refer a particular book from the library and prepare himself with his game.

The main canteen in the Jawaharlal Nehru University (JNU) where I was a student could be the only canteen in any university which has an attached library. That is what people say about one of the largest university libraries in the world.  The most crowded place is not the library, but the canteen and an adjacent study hall in the library building. Students would reach as early as 8 am in the morning to get a seat in the study hall outside the library, though hundreds of chairs would be vacant inside the library. Study hall provides a perfect environment for one’s preparations to succeed in the country’s toughest Civil Services Examination. The library canteen provided pan-Indian dishes at very cheaper rates and was always packed full.

The library of National Institute of Public Finance and Policy in New Delhi contains a rich collection of books in the area of finance, economics, taxation and development. Any reader would like to have a quick glance at the books stacked in the racks under various topics before picking one for detailed reading. But the library staff won’t allow people to go and feel the book themselves. They would say, you select the book you want from the catalogue and give the lists to them and they would fetch them for you. I was not comfortable with this privilege. I don’t know whether they continue with the same procedure still.

There is a Law College library in Bangalore where you will not get most of the important books mentioned in the syllabus. You would be forced to buy Xeroxed copies of these books from the library staff.

Libraries of University of Kerala, Bangalore University, and University of Mumbai do not believe in investing so much for new books as they do not know how to get rid of the old books and very old shelves. Institutes like Institute for Social and Economic Change, Bangalore, Centre for Development Studies, Trivandrum, Tata Institute of Social Sciences, etc. invest considerably in new books, though there are not many readers.

Some of the government training institutes also have excellent collections of books and journals. Some examples are National Police Academy and LBS NationalAcademy of Administration, Mussoorie.  Libraries attached to most of the ministries and departments are not professionally managed and many books are not returned to the library by readers who are government officials. No scholar of social sciences should miss a visit to the Nehru Memorial Museum and Library in New Delhi which is a reservoir of various archival material, books, journals and micro films. You can also see several well-known national and international scholars and writers in and around the library who would not mind to have a fruitful discussion over a cup of steaming coffee in the cafeteria inside the library campus.

Encouraging environment
Public libraries in many countries especially UK, US, Australia etc. provide yeoman service to the readers. They are professionally managed and provide excellent facilities for the readers. Anyone can walk into the public libraries and read from the rich collection of journals and books, surf the net, and also have access to leading newspapers from across the globe. The service is absolutely free and the librarians encourage people to come again for reading. If you are a resident of that area you could take large number of books at a time for home reading.

My visits to two University libraries in United Sates were academically enriching. One would be amazed to see the huge resources inside the libraries (of Syracuse University and Duke University) and absence of any rigid rules. Library personnel are friendly and helpful. The libraries are open to the public and most of the services are free.

At a time when everyone prefers e-readers, internet surfing and knowledge through social networking, libraries are increasingly becoming empty across the world. However books and libraries are here to stay for long as there is no reduction in the number of books published worldwide. In fact, annually more than 2 million new books enter the market. Libraries are the places where people can afford to read them at minimal cost.

Open Library and closed minds
It is very sad to find that the library of one of the heavily funded premier management institutes in India has very few users.  Students of this institute prefer to spend their time with their laptops in the wifi enabled campus rather than exploring various national and international journals procured at high costs in this 55500 sq ft library. There are just a few individuals, mostly the staff who come to read the newspapers, in the entire library. One would be surprised to hear the rates fixed by them for outsiders who have genuine identity proof with them. One has to pay Rs 7000 per library book ticket as refundable deposit and Rs 2000 every year as service charge and a maximum of only two books to be taken at a time. Even for an alumnus of that institution the deposit to be made is Rs 3000 per library book ticket and service charge of Rs 1000 annually. (These are as per the details given in the institution’s website as on the date of writing)  You pick up any book at random from the rack. You would find that most of these books have been borrowed by just one or two readers in its entire life in this library. There are many books in this library which are not read even by a single person in the last several years. What a national waste of infrastructure and resources?

I went to the room of one of the professors in a government funded institute. One could hardly see his face as the entire room is full of new books, most of them unopened by him. There are hundreds of such books, picked from the library, sent by publishers as complementary copies for recommendation and review, and also those bought by spending the liberal project grants. I was tempted to ask him to lend a book or two for reading. But didn't  after I heard from him that ‘books are treasured possessions; many who take won’t return them!’

The professor is right! The books are treasured possessions. Getting reminded of the biblical verses: ‘Your riches have rotted and your garments are moth-eaten’ (James 5:2). Same is the case of the rich collection of books in the libraries across the world! 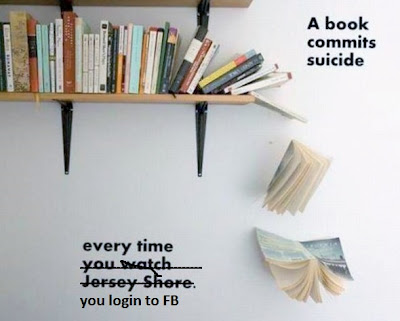 (my correction on Readers' Niche's photo)

Views are personal. Comments are welcome. Login with your gmail id or open id to give comments below. Or you can email your views to sibi5555 at gmail.com).
To view all articles in Cyber Diary, click HOME