The return of the fisherman: The new Pope and a few hopes for a third Vatican Council 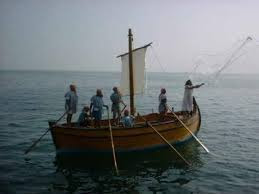 Jesus who declared himself to be one with God, chose the illiterate, poor, weak and meek men to be his disciples and messengers of his message. They were selected from a massive crowd who followed him that included wise men, religious leaders, rich businessmen, senior government officials, and royals. At the end of his powerful public presence and life, which lasted for just three years  in a remote part of the world, he chose the weakest of the 12 disciples to be the leader of his church. That was Peter, to whom Jesus said, ‘You are Peter, and on this rock I will build my Church, and the gates of Hades will not prevail against it’. (In Greek, Peter means rock). All popes who provided leadership to the largest Christian community in the world, are considered to be the successors of Peter. In other words, Saint Peter was the first Pope.

Church as an institution that has the largest membership base among all the Christian religious communities in the world has grown too big in material terms viz. infrastructure, multitude of congregations, institutions and scholars.

In spite of a strong dogmatic structure, highly scholarly administration led by the Curia, and geographically wide and highly diversified church traditions, Popes can bring in radical transformation within the church, if they desire and are convinced. Pope is not a mere symbolic head of the Catholic Christian community; he could be a guide, motivator, and teacher for the entire humanity, by virtue of his widely acclaimed position.  It is not clear whether all popes could really bring in lasting spiritual revival within the church and could become an effective instrument in bringing peace and unity among fighting nations and communities beyond the encyclicals and public requests. History and related records show that most popes faced difficulties in providing spiritual leadership uncorrupted by the material world and accompanying profanity.

Two radical steps that happened in the recent history of Catholic Church are the Second Vatican Council and the Charismatic revival movement.

It was Pope John XXIII who gave notice for his intention to convene the assembly on 25th January 1959 within three months of occupying his seat and was held between 1962 and 1964.  (The First Vatican Council was held in 1869 but could not complete its deliberations due to the events followed the unification of Italy.) Pope John XXIII who died in 1963 was replaced by Pope Paul VI who continued his predecessor’s mission. The Council revived the central role of Bible in the theological and devotional life of the Church and urged people to make Bible study a central part of their lives.

(Charismatic renewal movement within Catholic Church originated in 1967 and provided strong spiritual foundation to millions of Catholics. In 1998, Pope John Paul II said:  "The institutional and charismatic aspects are co-essential as it were to the Church’s constitution. They contribute, although differently, to the life, renewal and sanctification of God’s People. It is from this providential rediscovery of the Church’s charismatic dimension that, before and after the council, a remarkable pattern of growth has been established for ecclesial movements and new communities’)

New Pope and the hope for the Third Vatican Council 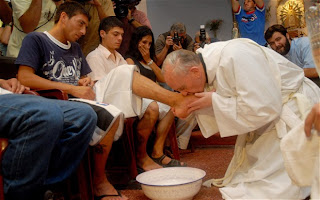 Some of the news that circulated and shared in the public domain about the unique qualities and traits of Pope Francis cannot be rebuffed as mere media hype. They trigger fresh hopes. Pope can be a perfect role model to the clergy and laity of Catholic Church through his humility, simplicity and spirituality.  This year is in fact is the golden jubilee of second Vatican council. Is there any scope for a Third Vatican Council under the new Pope?
If at all there is a Third Vatican Council under Pope Francis, what would be the radical decisions?

Following are some ‘wild’ arguments people make! These are not necessarily my wish list!!
1   1.       Allowing priests to marry. (As a Jesuit he would know how many from his congregation left it for the sake of a loving partner to share the cross of life!). But they should be barred from episcopacy.
2.    Allowing women to be priests. (Number of women joining convents as nuns fast depleting. Of course, with a privilege of marriage, more women would love to celebrate the mass.)
3.       Allowing an order of dedicated Brothers/Deacons from the laity to assist the priests by giving them proper training.
4.     Strong message to those traditional Catholics who conceal the cross and the resurrected Jesus behind the huge statues of saints, and yet fail to consider them as role models to follow Jesus.
5.       Encouraging inter-denominational prayers and joint gospel projects led by the Catholic Church. Clearing the misunderstandings of certain non-Catholic denominations about Catholic faith.
6.        Requesting Bishops to be true spiritual leaders and devote less time to administer the institutions and funds.
7.       Making adoration, prayer groups, and Bible study extensively along with a liturgy that would give ample scope for self-reflection, sharing and reconciliation.
8.       Instead of allowing construction of huge church buildings investing millions of dollars, encouraging establishment of small church buildings in every locality of 100 catholic families.
9.    Discouraging Catholic congregations whose only mission is to setup educational institutions and health facilities exclusively for the rich. They should rather divert their manpower and resources to spread the gospel of peace and love and to help the poor and needy across the World.
10.    Radically revise the curriculum in seminaries in tune with the needs of the contemporary world, to face the fresh challenges in the technology driven materialistic world, by giving them a strong foundation in Biblical teaching, sociology, communication and management. Revise the catechism text books of children with innovative presentation and design so that there will be more interest to learn and more clarity in understanding the concepts.

I am not a strong advocate of all of the above, as some of them would be too radical and might not be appropriate in the contemporary times. But there can be a debate on the advantages and disadvantages of the above proposals. Let the new Pope ring the bell!

To view all articles in Cyber Diary click HOME
Comments are welcome.
By sibi at 6:24 AM