Choose the book and start living

Books motivate millions of people and such books sell millions of copies. The triggers for most of the revolutions in history have been attributed to inspirational ideologies of great thinkers translated in black and white. Not only individuals but also very large organizations and institutions survive on motivational tenets of generations old and are contextually relevant.


Ideologies and manifestoes seldom motivate the people for action. They are neither interested nor bothered to understand streams of knowledge irrespective of the realistic or idealistic content. In an era where change is inevitable every moment, men look for ideas, which give them competitive edge, and those, which can be assimilated and practiced in no time and before any one else. Therefore formulae, readymade strategies, blueprints and structures sell like hot cakes and fast foods. These prescriptions are marketed like life saving drugs with specific dosages promising definite solutions and measurable results. Many come in the form of multi coloured glossy prints with titles, which begin such as ‘five steps…’ 'Seven habits.’ ‘Six sigmas…’ '48 laws’, ‘ten rules’, etc to revitalize the body and to strengthen the soul. Yet another stream of ‘ready to cook’ stuff comes to diagnose the complex problems and to provide fast track solutions with simplistic models couched in shortest short forms such as PERT, SWOT and what not.


Most of the motivational books project an idealistic representation of man with socially desirable behavioural pattern. The correctional suggestions are made to make the readers aware of their deformities in their personality. However unlike the religious books, which work through a guilt invoking methodology and promise of a distant reward, general motivational books impress them about the impending personal gains. The strategies are aimed at making the individual win and therefore indirectly train him to defeat the other contenders. Thus the individual is motivated to pursue his goals through strategic action to win over others. That means one has to be shrewd or diligent or both.


One hears people using the word ‘shrewd’ in different contexts. If a person is pretty successful in heading amidst adverse circumstances and competitive environment, he is branded as shrewd. May be an objective recognition for being clever and smart. Similarly a person who is a go-getter by mastering shortcuts, circumventing norms and bypassing conformers is also perceived to be shrewd. The latter has a negative connotation. But both persons achieve success and contribute to the overall productivity of the society though measured rather mundanely. That underscores the conventional but still dominant canons such as the ‘survival of the fittest’ and ‘end justifies the means’. This is true not only for individuals but also for organizations and nationalities, which aim at maximizing productivity through strategies, policies and approaches. It is inappropriate and unfashionable to drag ethics or morality to these life styles and they are left at the comfortable and ‘irrational’ realms of religion or philosophy. No one can deny the fact that sufficient resources are compulsorily earmarked to the institutions and organizations to research the alleged discriminations and to project the rights of those who do not or who fail to keep pace with the wave.

Two books stand different from the plethora of ‘life improvement’ publications by charismatic gurus. Both deal with a common theme: How to sail through life with continuous success. Both give very simple recipes giving specific ideas and action plans to forge ahead. However the suggested strategies are quite contradictory. One can be a handbook for those who would wish to master the tactics to jump ahead. And the other advocates other-centered perspective rather than self centered approaches to create value for oneself. 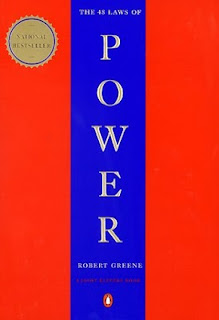 The first book titled '48 Laws of Power' by Robert Greene, gives tips for constant vigilance and tactical thinking. It advocates people to place their iron hands inside a velvet glove! . The book quite shamelessly advocates 'manipulative behaviour' to thrive in this world full of opportunists, careerists, spies, flatterers and traitors to gain powerful positions. Legitimizing the strategies with historical tips from thinkers ranging from Machiavelli, Sun-tzu, Bismarck, Kautilya, Aesop, Tolstoy etc, Greene has given 'pragmatic ways' to gain power 'by hook or crook'. (One should not misunderstand that these great thinkers were indeed became great through crookedness. The author was only interested to lift a few instances from their lives to substantiate his own tips). Certainly, thousands across the globe thought it fit to follow above ideas (whether they read Greene or not!) to achieve success in their lives. As you read the above book, you may recall many such people you have met in your life and career, who have reached powerful through similar tactics. And there are chances that a few readers themselves would recognize that you have also mastered at least a few of those skills in order to reach the place you are now.

The objective of the second book is also same: gaining success in life. But it pinpoints radically opposite strategies as against the advocacy of the first book. The book is entitled ' Living With Honour' by Shiv Khera. (Yes, the author of 'You Can Win'). It clearly describes how one can achieve success in life and emerge as a leader with real power and influence through the internalization of personal ethics and social values. It gives a number of illustrations to show that one can achieve success without being manipulative. It also takes tips from many thinkers of equal standing to those mentioned by Greene, to drive the point that only a man of values can be a man of real success.  Another better book for life is 'Manual of the Warrior of Light' by Paulo Coelho. Those who aspire to be a warrior (of light and NOT darkness) in this world should read this book. 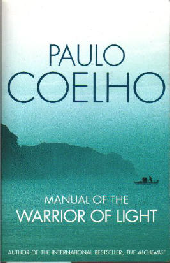 Societal history is full of men and events of such contradictions and dialectics. As a result of this, both the definition of power and definition of success are blurred, contextual and variable. No wonder, what is considered as shrewd and smart may be seen as both manipulative and appreciative. All depends on who they are and what shoes you wear at that particular period of time. Today’s free world grants each one the option to choose the path and to succeed in achieving what they want.