In many organizations one can spot boss who tend to keep his smile a treasured expression that cannot be showered on all and sundry in the organization. He thinks that the serious expression on his face and his measured words would give him an edge over others as one holding the very important post. He tends not to give an immediate appointment for those who want to see him even when he is absolutely free. His incoming calls are screened if they are from subordinates. He prefers to come straight to the business and targets during one-to-one meetings leaving no room to give a warm regard for the employee-visitor either in the beginning or at the end of the meeting. There are many bosses who get out of the car and walk straight into their cabins through the corridors of the office without even responding to the respectful and friendly wishes of their employees. 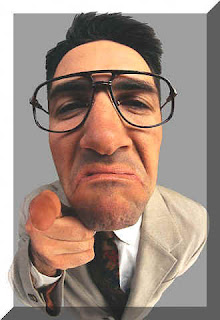 (picture courtsey: creativecow.net)
In most organizations bosses are not directly imported from outside on a fine day. They are made to become bosses over a period of time by virtue of either their merit or seniority in the same organization. And employees and other stakeholders of the organization naturally expect better understanding and empathy from a boss coming up from the same organization. Of course, a certain degree of change in the interaction pattern is tolerable though not always desirable. For example, he may leave the luncheon circles he used to be an active member. He may stop cracking jokes with his erstwhile colleagues and may not seem to enjoy the conversations any more. Subordinates are kept at bay fearing demands for undue advantages.

However, the leaders who move up fast in the hierarchy should not forget the fact that his behavioural pattern while he was in the lower layers are known to many in the organization. A person who was known for his irregular attendance, procrastination , and boss-batting during his earlier part of the career in the organization would get ridiculing response for his severity in enforcing discipline.

Do the bosses need to be inscrutable?

Robert Greene in his famous book ‘48 Laws of Power’ advocates that inscrutability is a necessary attribute to maintain the power by the leader and to gain respect. However nothing can be hidden for a long time. People would come to know who you are within no time. Thus inscrutability is neither a virtue nor a leadership strategy. It is a ploy used by cowards who need to hide their incapability as a leader.

Bosses need to shed their aura

Society has placed individuals in different layers of hierarchy. Organizations have persons vertically positioned with clearly defined roles and responsibilities. Though decentralized power is in vague these days in governments and organizations, the pyramidal structure is inevitable for better coordination and discipline. But the common tendency is that, as a person moves up in the hierarchy, he necessarily makes incremental addition to his aura at every stage by increasingly become inaccessible and formal. Bosses need to realize that the backbone of the organization is its employees. All calculations regarding performance, targets and success squarely depend on the quality of work put in by the employees. Even if the organization provides all performance linked incentives and any number of amenities, one good gesture from the boss will definitely motivate the subordinates much more that anything else. 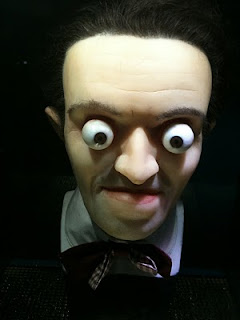 
Even in government organizations where public largely throng with grievances, bosses and the designated public relations officers need to be more responsive. Many times public are happy if the officer give them a warm welcome and patient hearing even when the grievance is not fully resolved. Sadly, public are even scared to make a telephone call to some of the government organizations due to the rude and impatient responses.

Warmth and kindness will make bosses more popular and respected in the organization. Those who believe in demonstrating a ‘busy boss’ behaviour and ‘boss means only business’ attitude are definitely mistaken. Gone are the days when one could extract work from subordinates through threats and undue manifestation of authority. Present day employees expect understanding, empathy and encouragement from the bosses to contribute their best.


You may also like: You are what your boss is!

7 habits of highly ineffective leaders
By sibi at 1:22 AM