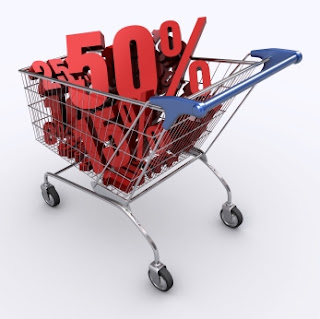 People get attracted towards those yellow tags in shopping malls which signify discounted rates. Eyes get stuck on the big percentage symbols on the glass planes of shops and show rooms. This is basic human tendency. People want to get a good bargain for their money. The rational man takes emotional decisions with absolute conviction that he is being benefited from the choice. He thinks the decision is rational. But the behaviour is often propelled by emotions rather than sanity. But I have a friend who never picks up anything from a ‘SALE’ labeled rack. The reason is obvious. He happened to be a retailer himself.


Who can assist a customer in judging an offer? His friends or relatives? Yes, if one has the time and the proclivity to engage in such discussions after finding a domain expert who has either burned his fingers or gained a fortune. Recently, I came across a website which boasted to be an exclusive one for the protection of the interests of consumers. Started browsing the web with lot of expectations and in no time the hidden agenda became quite clear. Another smart advocate!

On one Sunday afternoon, I received a call from my best friend informing that his dad passed away after prolonged illness. I need to rush for the funeral as I knew his dad too closely since my school days. I was quite fortunate to get a ‘low cost’ ticket of an airline for the same day evening. The flight took off, though about two hours behind the schedule, without any apology from any one. And it didn’t bother me much, so also others. After all, that huge ‘state of the art’ airline agreed to take many of us, though we paid only a very meager sum. Just after it reached high skies and passenger belts were about to be removed, the announcement came: ‘The plane is returning back to airport as there is a technical snag’. Sensing the unpleasant response from the passengers, the crew announced that the flight will take off after rectifying the problem immediately. Within twenty minutes, the flight landed back and a few technical personnel rushed inside. Nothing heard from the crew for next half an hour and passengers’ murmurs turned to mild shouting. None knew where those hostesses were hiding. It seemed that they have been instructed not to provide even drinking water to the low cost desi commoner. One male crew came from no where and announced his relief package: ‘passengers will be accommodated in a flight of another airline’. All passengers rushed down with the hand baggage and headed to the terminal to pick up the checked-in luggage. We were shocked to receive very rude treatment and response from the ground staff who said they cannot arrange tickets for any other airline as all of us are on low cost tickets. The airline had trained their ground staff (all tall, hefty men - reminded of the loan recovery goons of some private banks) to take care of the grievances and complaints of passengers in such circumstances. They did their job well. No one among the passengers could put up a brave fight against the polished goons. Beggars have no choice. Low cost passengers are underprivileged category for the airlines. We stood in another long queue to get back paltry refunds net of taxes and fee. As mine was a booking through credit card, counter staff gave me an advice that if the refund is not credited back to the account within the next three months, then register a written complaint with all evidences. I helplessly rushed to the counters of other airlines to buy a fresh ticket for another airline. But again joined a long queue for another low cost airline! After all, we -the proletariats repeatedly try our fortune in spite of many tough lessons of life. In fact, rational man should decide not to ‘go air’ with such low cost offers!

Businesses cash-in on the superficial rationality of customers by presenting equally shallow but attractive top ups. Thus the so called scientific cost-benefit analysis given by the business propagandists quickly satisfies the customer’s quench for a good deal. He lands in the trap to realize the folly much later. How will one choose a product or a service among a set of alternatives? One may argue that only the first timers will go by the propaganda of the provider. The customer will learn to take the right choice after a few deals. It is very true as per the common dictum that ‘no body can be fooled for long’. However can one indulge in such experiments if the stakes are very high?

Are all consumers fools? In a way, they are. Because the growth of our economy squarely depend on how much people consume. Therefore growth is made to sustain through various sops for the consumers. As far as the terms like purchasing power parity and conspicuous consumption are left in the seminar halls, there is nothing much for people to grudge about. Are they getting a good deal in the competition driven economy? Did you ever think that you could call up your relative in the other part of the world almost free? Did you ever imagine that someone would offer you a one rupee air ticket? However, please don’t cheer too much. The bubbles are bursting one by one. Everything started from thousands of ambitious consumers who took cheap credits to acquire over priced goods. The chain reaction is on. Consumers beware! Economy is at your mercy to save the world out of recession. Let us pray. Lord, let me not get lured away by the window dressers and by those gifts with long strings attached. I am too happy if the left side matches with the right side in the balance sheet of life.
By sibi at 1:02 AM