The dream to become a child; the nightmare too! 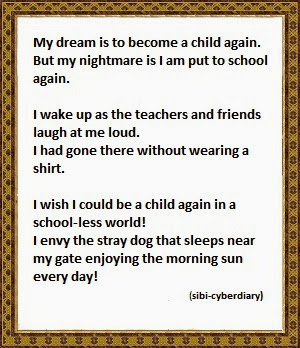 The institutional child abuse: What is the panacea?

Stop this harassment: A cry for deschooling India 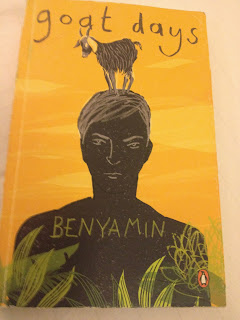 The 'Lucky Peanuts', Men of God, and the Scientific Temper

Whether faith in God or faith in the predictors amount to tampering or tapering of scientific temper?

I have a few stray thoughts on this, though I am fully convinced myself that true faith in God is never antagonistic to scientific inquiry and exploration.

India has made a historic leap into a new space age with the successful launch of the Mars Orbiter. The project Mangalyaan by the Indian Space Research Organization took India to the league of just four nations that succeeded in the Mars missions till now (others being US, the European Union, and Russia). Two things we read in the media while keeping a track of the launch were really interesting:

One was the act of NASA to wish ISRO with ‘lucky peanuts’. "As you prepare for your launch to Mars, do not forget one of the few, but important action: pass around the peanuts!”,  Jet Propulsion Laboratory (JPL ) pasted on ISRO's MOM Facebook page.

(JPL at NASA field centre in California, United States has a tradition to eat what they call ‘good luck peanuts’ before critical mission events, such as orbital insertions or landings. It is said that in a series of unmanned space missions by United States in 1960s, only mission which was successful was when one of the staff member was eating peanuts. Since that time a tradition continued in all space missions that eating peanuts would bring in good luck!)

I get reminded of a desi proverb: ‘With every fall of jackfruit, rabbit won’t die’ (Sorry for my poor English translation. Better translations invited)

Second was the placing of the replica of the PSLV-C-25 at the hill shrine dedicated to Lord Venkateswara personally by the ISRO Chief just a day before the launch. While devotees were delighted by the gesture, the Federation of Indian Rationalist Association strongly condemned the act and alleged that the ISRO chief has insulted the constitution of India. It referred to Section 51A(h) of the Indian Constitution which says that ‘it shall be the duty of every citizen of India to develop the scientific temper, humanism and the spirit of inquiry and reform’. The rationalist organization said that ‘if he were to go to a temple for his personal work, we would have no reason to object at all. But carrying his personal superstition into matters of the state is a crime against our constitution’.

Viewing through the lens of a sociologist, I tend to consider the above two acts as culturally significant, emotionally appealing, and even intellectually boosting to some extent for the respective actors. But from a purely scientific and rational point of view the acts could be labelled as absurd.

Recently I attended the formation day of a state. It was a purely government function to commemorate the formation of the independent secular state. The celebrations where people irrespective of their religious affiliations participated started with the offering of puja to Goddess Bhuvaneshawari.  People from other religious communities joined the program where only the ‘God’ of only one religion was made to ‘represent’.  In a tolerant country like India, this was not a serious issue to be criticized, as traditions play a role in bringing cohesion. However, this has triggered a new trend in that state recently. After experiencing ‘exclusion’, the people from other religious communities also started celebrating the statehood day in their own ways separately. Ultimately who won here? State or Religion? It is religiosity rather than ethnicity or patriotism that triumphed.

In many government offices in India, where premises are owned by government, one could see portraits of Gods and Goddesses prominently placed. This is an indication of how religion has inextricably intertwined with governance, though not sanctioned by the nation’s constitution. Even here, the officials who are believers find such religious symbols motivating to be happy at work and they depend on them for a sense of security and wellbeing.

After a seer revealed his dream that there is a treasure of 1000 tonnes of gold buried beneath the 19th century fort in Daundia Kheda village of Unnao district, the Geological Survey of India (GSI) inspected the place (the seer reportedly convinced a Union Minister). The Archaeological Survey of India started quick action to excavate the place and nothing valuable could be found out. However, after the exercise became futile, the recently retired Director General of GSI claimed that GSI neither recommended the excavation nor indicated that there were gold deposits at the site. Now, the seer revealed another dream about the existence of tonnes of gold under the temples of Fatehpur, in Kanpur.  One should sincerely hope that government would not decide to send another army of excavators there to unearth the treasure. Instead, our taxmen should be on an unearthing spree of hidden treasures in India and elsewhere that escaped Indian tax laws for years.

Recently a concept note was prepared by the students and faculty of the prestigious National Law School of India University wherein it suggested to the state government to setup an autonomous authority called Scientific Temper Authority, headed by a retired High Court judge. This would be a move in the right direction if various state governments accept the recommendation.

Religion has a crucial sociological role to play in society, but not superstitions and illegalities in the name of religion. It is the duty of the government to ensure that its arms uphold the scientific temper and encourage the citizens to act in accordance to that. Faith in God can work wonders by making people love others and by making them care for each other without hurting the sentiments of anyone. Governments can protect the faithful, without even being a party to the faith. If at all it wants to be a party, it should be ‘inclusive’ in its approach.

Yes, Science and faith can go together!

Sibichen K Mathew
(Views are personal. Comments are welcome)
By sibi at 7:54 AM No comments: