Mind Without Fear: The wisdom from a white collar convict

It can’t be defamatory or slanderous if one calls a person convicted for a white collar crime, a criminal. But, as the saying goes, every saint has a past and every sinner has a future. 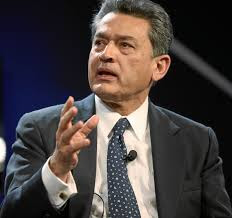 As Rajat Gupta, former McKinsey & Co chief, who worked in the Board of Goldman Sachs and the Bill and Melinda Gates Foundation Advisory Board and served as the advisor to the United Nations, the Rockefeller Foundation and the World Economic Forum, shares his wisdom in his book “Mind Without Fear” (Released on March 24, 2019), one can possibly get convinced that only a sinner can be a successful preacher.

Rajat Gupta is back this week in Indian School of Business (ISB) Hyderabad, which he co-founded and led for many years, to tell the budding business leaders about the goodwill he generated and ultimately lost, which resulted in his exile for almost a decade for ‘no fault of his’.  There could be several eyebrows raised on the message his audience comprising mostly the future business leaders would derive from his futile defense, having served the full term of conviction for the crime. Irrespective of what his words are – in his speech or in the book, there could be a certain inference that the same would be perceived as a message of decriminalizing a white collar offence. Based on his words of rationalization, would the young minds conclude that white collar crimes are products of circumstances rather than outcomes of criminal minds? Based on his narration of how unfair he was treated after the charge, would there be an apprehension that white collar crime trials are marred by primordial prejudices and therefore unfair? 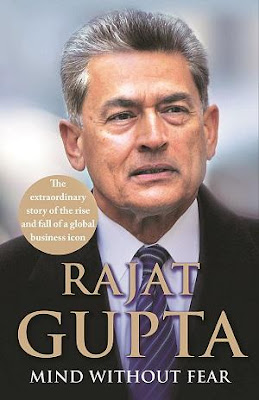 Though Gupta’s book, as he admits, is neither aimed at defending himself nor an instrument to to redeem himself of the unpleasant past, its purpose is to demonstrate his innocence.  Gupta tells the readers that he was a victim of circumstances. Here, one would get reminded of the  famous “Fraud Triangle” theorist Donald Cressey who identified ‘rationalization’ as one of the key elements of fraud behavior as perceived by the fraudster. Gupta is grieved by the way someone whom he trusted cheated him and put his entire career and the long lived reputation into jeopardy.  He is also saddened not only by the trial which he thinks was prejudicial, but also how McKinsey with which he had long relationship with uncompromising commitment and hard work, reacted to his insider trading case.

Rajat Gupta, was charged by the prosecution of insider trading on Wall Street with hedge fund manager Raj Rajaratnam. After 4 years of investigation, as against the prosecution’s demand of 10 years of imprisonment, the Senior District Judge for the Southern District of New York imposed a sentence of 2 years. Court appreciated the past good work of Rajat Gupta and found it to be a mitigating sentencing factor. He was imprisoned in June 2014 and was staying in Federal Medical Centre Devens, a federal correctional facility in Massachusetts. Around 5 months before completing the prison term, he was allowed to spend the rest of the sentence at home after receiving credit for good behavior.

When Rajat Gupta, who was already extremely financially affluent played a crucial role in aiding Rajarathinam, the motive may not be money. While conducting the trial, the Judge Rakkoff was puzzled why a successful businessman, a philanthropist  and a mentor for many senior leaders in the industry committed such an offence? Mr. Gupta had catalogued all his philanthropic activities to demonstrate that he was always a good person. He submitted character certificates from several famous persons including Bill Gates, Deepak Chopra and Kofi Annan. It is reported that he had filed letters from his own family members about his acts of kindness! As Todd Haugh, a scholar of white collar crimes, rightly observed, there was an attempt to apply the “metaphor-of-the-ledger neutralization” technique originally propounded by the criminologist Mark M. Lanier. The attempt was to project the good deeds as a mitigating factor.

Questions to the business schools 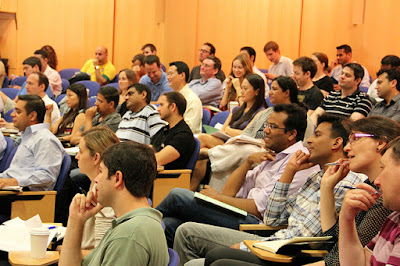 Image: poetsandquantsforexecs
A few questions emerge from the above discussion for further pondering: When several good deeds overshadow one bad deed, can that be condoned? When a person demonstrates his inherent goodness and states that a momentary aberration was seen as a serious crime because of certain prejudices, is it amounts to decriminalization of an offence? Will the above position would influence the young business minds to trivialize the need for uncompromising adherence to the standards of corporate governance and business ethics? May be, the professors and mentors in the area of business management, are the right persons to answer the above questions and decide whether the experiences shared by people like Rajat Gupta are warning signs or justifications for white collar crimes. But, one can't write off Rajat Gupta - a person with exceptional managerial competence and leadership skills! His life and achievements are inspirational too!