I am not an uncontrollable cinephile.  But I do like to watch movies occasionally and like to analyze it quite incisively.  Bad ones create guilt and disappointments within me for wasting my time in a movie hall. Good movies unleash creative energy within me. There are movies that brought me tears and I never felt embarrassed for that as the nature of depiction of certain events by the respective directors deserved an emotional appreciation. Certain characters, events and dialogue could emerge out of the screen and haunt us for some time after we finish seeing the movie. Many times, we don’t mind watching a movie we liked again and again.

I could watch four movies in the last ten days (it was a rare treat to myself). Two in a hall, third in a flight and the fourth at home. None of them disappointed me. Let me share them with you in the order of my liking: the best to the next best. 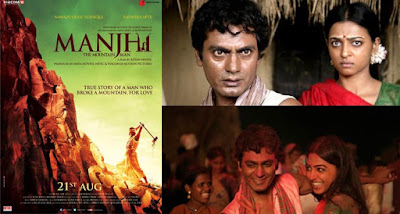 This is a real life story of Dashrath Manjhi (1934-2007), a poor labourer who lived in a village in Bihar, India.  He single handedly ventured into creating a road in a hillock using a hammer and a chisel. Ketan Mehta wonderfully created a beautiful story out of this. Nawazuddin Siddiqui played the role of Manjhi  and Radhika Apte, as his wife.

Current generation is unaware of the nature and extent of untouchability that gripped many parts of the country decades earlier (I don’t mean that it is vanished completely). The movie clearly depicts the suffering meted out by the poor and the low caste in the traditional Indian society. In the second part of the movie, one can see the determination of a single individual to fight against all odds to achieve what he aspired, for the benefit of the people. The director has given a visual treat to the viewers by showcasing unadulterated humor, romance, and wonderful music.

There are many flaws in direction and script. I would like to condone all those irritants for the following reasons:

a.       The movie carries a great message to the humanity
b.      The producer had the courage to finance a movie about a simple, humble and extraordinary villager  who followed his dreams
c.       The movie depicts the life in the caste-ridden traditional Indian society.
d.      The socio, economic and political realities of society projected in the movie are still visible in  contemporary India and provides a hint that individuals can spearhead a social revolution.
e.      Above all, the superb performance of Nawazuddin Siddiqui.

For above reason, I give the above movie Rank No.1 among all four movies I saw in the last ten days. 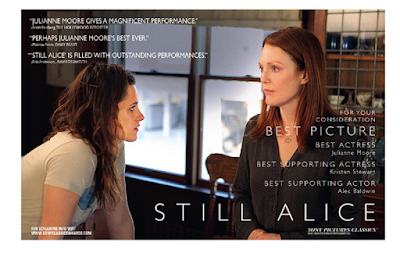 This movie I watched while travelling from Delhi to Bangalore in Air India’s best fleet, ‘The Dreamliner’. (You should not miss travelling in this state-of-the-art Jet.)

‘Still Alice’ is about how life changed for a family when the lady of the house, Alice, a professor of Linguistics started forgetting words, names and events in life. The husband and the three children were in a shock when the Doctor told them that it is an Early-onset Alzheimer’s disease.  Julianne Moore acted as Alice and Shane McRae as her husband. Directed by Wash Westmoreland and Richard Glatzer, the movie clearly depicts how a person with Alzheimer’s progressed in life and how her immediate family coped with that. You will like this beautiful movie for the wonderful acting, apt expressions of emotions, and realistic scenes. 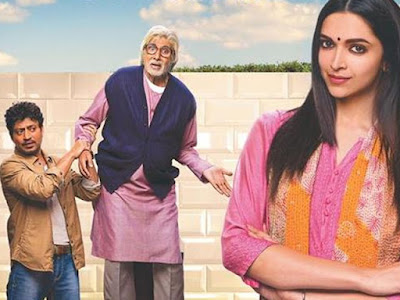 Piku is the story of a hypochondriac Bengali father Bhaskor Banerjee (Amitabh Bachchaan) and his busy architect daughter Piku (Deepika Padukone), wonderfully narrated by Juhi Chaturvedi and ably directed by Shoojit Sircar. This is a movie you should not miss! This is not just about how a stubborn father who suffered chronic constipation and a short-tempered daughter coped each other under one roof, but  on how individuals with views and attitudes that are at variance struggle to get along each other. Irrfan Khan wonderfully played the role of the manager cum driver of a cab company. Amitabh Bachchan once again proved that none can beat him in playing a role so realistically.

This is not a typical Bollywood movie with romantic songs and dances in exotic locations, artificialities and unrealistic story line. The movie is closer to real life and the settings, dialogue and the scenes looked very natural. 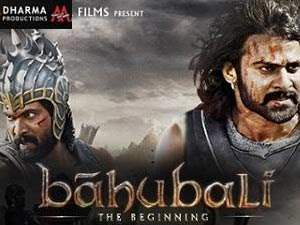 I could not miss S S Rajamouli’s ‘Baahubali’ after it has broken all box office records. I watched the Hindi version at Inox. I liked the movie, touted as the most expensive Indian film, for its best use of technology and the amusing choreography. It is worth a watch for entertainment and also to appreciate the efforts of the producer to invest about 120 cr (US $18 million) and reaped more than 600 cr so far. Nothing unique about the story, but it carries a social message.

Read an interesting movie review by me below:
The 'Queen', the marriage and the tears

To see all articles in Cyber Diary click Home