This book is not for everyone. This is for those who want to live in a civilized state.

The book is not aimed to proselytize for a tax state. Nor it advocates a tax haven. And least about a prospective tax-free heaven.  It only tries to answer certain mundane but frequently asked questions:

Why pay taxes? What prompts people to hate taxes?   What happens if not paid? What happens in a Tax Raid/Search? How to make the payment less painful?   Is paying taxes, a matter of money or matter of mind? 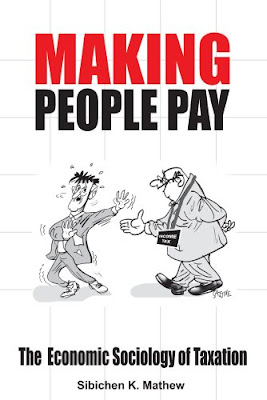 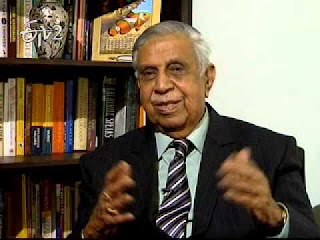 
Some one made a cynical and uncharitable remark that for one half of us intellectual effort is painful – and for the other half, impossible. The eminently readable “Making People Pay” by Sibichen Mathew indicates that great intellectual effort is still enjoyable for men of Mathew’s genre. We thank God for such gifted men who think deeply and passionately on the implications of the role of the Government in one of its important departments.

Power of Taxation, it is said, is a fundamental attribute of Sovereignty. Constitutional provisions touching the powers of taxation are not grants of the power to tax. They are limitations on the otherwise unlimited and illimitable sovereign power. All modern Governments have eschewed the philosophy of unbridled economic individualism. In modern Governments, taxation is not a mere means of raising money to meet the expenses of Government. It has a social and economic mission. Fiscal tools are part of Governments repertoire for securing social and economic change. “I pay my taxes and buy civilization” said the eminent American Judge Oliver Wendell Holmes.

Advancement of Science and Technology and Economic prosperity has made life busier and not necessarily better. Knowledge is power – either for good or for evil. If growth of knowledge is not accompanied by a corresponding growth of wisdom, knowledge will turn - out to be a power for evil. Amartya Sen writing in his “Idea of Justice” says : “There is considerable empirical evidence that even as people in many parts of the world have become richer, with much more income to spend in real terms than ever before, they have not felt particularly happier than before. Cogently reasoned and empirical backed doubts have been raised about the implicit premise of no-nonsense advocates of economic growth as an all- purpose remedy of all economic ailments, including miser and unhappiness, by asking the question, to quote from the title of a justly famous essay by Richard Easterlin, ‘Will raising the income of all raise the happiness of all?’

Tax policies and more particularly the way they are administered and the men and women who administer them have incurred the criticism of being an un-civilized regime. Big sharks get away baring their teeth or paving their way-out with gold. It is the small fry, the honest tax –payer, who is always at the receiving end. It is there that the dramatic preponderance of the power and might of the state is pitched against hapless citizen. There is an old story of the eleventh Century of Lady Godiva making a deal with her husband, the Earl of Mercia, that he would lighten the tax-burden on the impoverished subjects of Coventry if she rode naked on a white horse through the town, she did. She became the patron-saint of Tax relief. The honest tax-payer needs the metaphor of another Lady Godiva –this time a non-exhibitionist one.

Why do people disobey the law in many countries? The reason perhaps is that the cost and burden of obedience out-weighs the great rewards of disobedience. The Task Force on Direct Taxes in India admitted “What induces people to comply with tax-laws is an enigma”. Direct tax collections have gone-up substantially in the past years. But less then three percent of the population is assessed to Income Tax in India. Numerically the country is under - assessed. There is a great and thriving parallel economy. Of about three lakh thirty-seven thousand crore of direct tax receipts, seven cities of the country alone account for about eighty per cent of the collections.

At the end, I must congratulate Sibichen Mathew for this scholarly work. The work has extensive research back-up of the history of taxes, experience of other countries and data from the field. Some of the anecdotes are really hilarious. I refrain from calling the work ‘monumental’ for I know the tyranny of superlatives. This work, in a non-trivial sense, gives great credit to the Department that it has and can retain such brilliant and creative minds. I have enjoyed reading this book. It has its own wry humor of the tax-man. The book amply rewards the reader.