The Limits of Tolerance

Nothing is infinite and unlimited in the world. Even the life is limited by time. So are privileges, rights and virtues. Therefore tolerance also has its own limits.

Tolerance is the cost for the richness brought by diversity. Tolerance doesn’t mean acceptance of the views of others. If one accepts the views and practices of others then there is no relevance for tolerance either as a law or as a practice. Thus tolerance is the direct outcome of a belief that differences and extremities exist.

Nation is ideally defined as a large body of people inhabiting in a territory and are united by common descent, history, culture, or language. But there are nations that do not follow any of this attributes and still could be called nation. Benedict Anderson, a political scientist called them imagined communities.  Countries like India do not have a common social, cultural, religious or political culture and consequently there are attempts to bring in homogeneity to create a ‘unified nation’.

Dissent emerges within a country when the dominant power tries to bring in certain uniformity on the lines of its ideology. It is true that scientific temper and reasoning need to be predisposed in the views and decisions taken in a democratic state. But it is equally necessary to ensure that the rationality and logic are not out of bounds for  the institutions surviving on faith and belief. The conflicts and mutual accusations happen when the state foregoes the scientific temper and the institutions and groups expect popular acceptance for all their irrationalities. Then there is a hue and cry for peaceful coexistence. People call it tolerance.

Along with the belief and practice related to a particular ideology and lifestyle come the specific rights attached to them. They could be social rights, economic rights, political rights, cultural rights, spiritual rights or any other similar rights. Now the pertinent question would be whether the tolerance needs to be integrative or choosy as far as a particular group is concerned. Can one respect and accept one or more of the rights and practices of a group and reject the others based on their own reason? Will that amounts to intolerance? If such a situation emerges, there is a possibility that the supporters of the intolerant views of a state consider the target groups as enemies of the state. Ultimately, this could lead to the disintegration of the nation-state comprising of diverse groups.

Rainer Forst, a German philosopher and political scientist gave four conceptions of toleration. They are a) Permission conception where toleration means that the authority (or majority) gives qualified permission to the members of the minority to live according to their beliefs on the condition that the minority accepts the former’s dominant position, b) Co-existent conception where a state of mutual tolerance is preferred to conflict as a matter of political necessity, c) Respect conception where despite there being an objectionable difference between them, citizens morally regard each other as having equal legal and political status, and d) Esteem conception where despite the positive acceptance of difference, there are reasons to still consider one’s own position to be more attractive.  In a country  like India, where the diversities  are extreme, in a situation of ‘nation-building homogenization process’, tolerance characterized by co-existent conception and respect conception can reduce the conflict and mistrust between communities or with the state.

The pertinent question would be whether it is possible to expect absolute tolerance by everyone to everything? Definitely not! Can someone tolerate a practice that is not only irrational, unjustifiable, and illogical but also inhuman and utterly derogatory? In such cases, the democratic state needs to be courageous enough to use the law to curb such practices rather than pleading for tolerance. Can those indulging in such practices demand tolerance from others as a matter of right? If the domain is religion, then the task is tougher for a ‘secular’ state.

The possible conclusion from the above discussion is that both the state and the specific groups cannot expect or demand absolute tolerance. What one can expect would be, as John Rawls put it, a reasonable pluralism, where the religious, moral, and philosophical doctrines that citizens accept will endorse toleration. Yes, there needs to be limits for tolerance even within a secular democracy.

An eye on gold

The Prime Minister of India has launched two attractive schemes to use about 20,000 tonnes of the precious metal treasured by residents in their homes for the development of the country. The Gold Monetisation Scheme  and the Sovereign Gold Bonds Scheme  will enable people to earn attractive interest for the gold deposited and for the gold bonds purchased. This is a very laudable initiative to use gold for productive purposes. But what would be the response of the public in this regard? 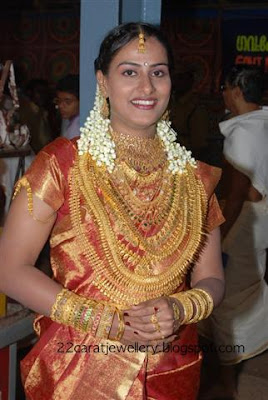 Unlike the citizens of many other countries, the affinity of Indians to gold jewelry has cultural and historical significance. Many are sentimentally attached to their personal jewellery. One incident narrated by an official indicates the emotional bond Indians have with the yellow metal. Income Tax sleuths were busy conducting a raid on a big business man in his residential premises. Officials unearthed huge amounts of cash from the premises. Obviously, the man, who concealed his true income in the income tax returns, had to just sit helplessly while the taxmen sealed the currency in suit cases.  But the hue and cry from the man and his wife started the moment the officials began weighing the gold jewellery in the house. Though the jewellery was worth only about one-hundredth of the cash found, they became very upset when the officials seized those personal ornaments.

As in many societies and cultures, the life of an Indian centers around a number of familial, social and religious functions. This is irrespective of and usually thrusted upon by his primordial affiliations. In almost all functions, the presence of (or presents of) gold jewellery is inevitable. Even when the child is in the womb of the mother, a ritual called ‘valaikappu’ is performed on the pregnant woman in most of the places. Parents and near relatives adorn her with gold ornaments. Later, after the delivery it is a common tradition to feed the child with gold and honey (within hours of the birth). Gold chain is put on the baby’s waist on the twenty eighth day after the birth. After a few months, the naming ceremony is conducted wherein the child is given new ornaments by the close relatives. It is customary to receive gold jewellery during ceremonies and functions like tonsuring and ear-boring ceremonies, annaprasannam (first meal ceremony), vidyarambham (initiating the child to learning alphabets), upanayanam (sacred thread wearing ceremony among the Brahmin community), puberty ceremony, and marriage. Thus the jewellery has become an important cultural artifact for Indians.

Apart from the above cultural significance attributed to gold, it is also a metal which brings along with it emotional and social security, empowerment and social status, especially for the Indian women. Unlike many other family assets, women hold the role as the custodian of the gold jewellery in many homes. That has made the attempts of many men to dispose of the jewellery not as smooth as in the case of other family assets.

Gold is also a reason for frequent fights between couples and between their families. Gold jewellery takes the form of a villain in many relationships. People make and break marriages in the name of the quantity and quality of gold jewellery.  Many times misery awaited to those daughters who landed in the hands of avaricious in-laws. Relationships in Indian society are embedded with several sovereigns of gold jewellery which in turn defined the nature of reciprocity between people.

It will be a tough task to lure Indian families to part with their gold, even if that means an extra income. Another area of mobilization would be the huge gold treasure of religious trusts and those managed by royal families by giving them attractive interest. Many worship centres receive gold jewellery as offerings from the devotees and the same are kept idle.

One does not know what prompted Henry Ford to comment that the gold is the most useless thing in the world. Not only the women, the kings and the queens, but also the sovereign governments have an eye on the gold! Nevertheless, it will continue to be a cultural symbol and a source for women empowerment. The new slogan is ‘all that glitters is gold!’