Suicide of Salomi and a few questions to ourselves

It was Sunday, July 4, 2010. After the morning mass in the Nirmala Matha Church, Prof T J Joseph was driving home in his car along with his aged mother Elikutti, wife Salomi, sister Mary Stella and children Ami and Mithun. A group of people stopped their car and dragged Joseph out and chopped his right hand and threw the palm to the nearby field.

The ‘crime’ attributed to T J Joseph was this: He took a portion of a Screen Play written by a well known writer P T Kunhumuhammed, titled ‘Thirakkatha: Oru Viswasiyude Kandethal’ meaning ‘ Screen Play: Finding of a believer’ to prepare a question paper. The extract was from an approved book for the students by the University titled ‘Thirakathakalude Samaaharam’ (A collection of screenplays) edited by Binu Kumar and published by Kerala State Language Institute. The sentences extracted by Joseph from the story by Kunhumuhammed for a punctuation exercise in the Malayalam Question paper were as follows: (English translation is given below)

‘Protagonist: God, God
God:   What is it you son of a bitch?
Protagonist: How many pieces will we get if we cut one mackerel (a type of fish common in India)
God: Dog, I have told you so many times that there will be three pieces’

The question paper was to a class of about 32 students of second year B Com for an internal assessment examination for Malayalam language paper in his college. The mistake he committed was to put the name ‘Mohammed’ in place of the Protagonist. Joseph might be referring to the name of the author himself (the name of the author contains the word ‘Mohammed’). It was also a fact that the name Mohammed was very common in that locality where there are thousands of people with that name. But use of the word ‘Mohammed’ irked a few persons in the locality as they believed that the professor is blaspheming the prophet Mohammed. The incident led to the arrest of Joseph, violent attack on him by a few people, his suspension from the college, and arrests of those who were behind the attack on Joseph. Though many condemned the incident, a few of them thought that Professor should have the foresight and should have been a bit more careful while inserting the name in the question paper which could be misinterpreted. 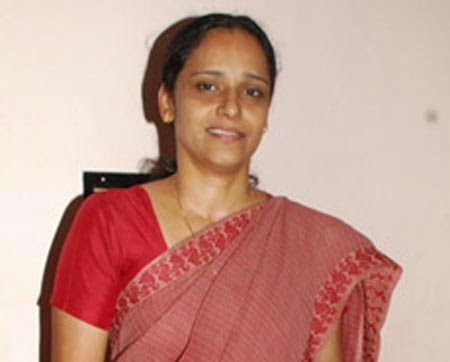 49 year old Salomi, wife of Prof T J Joseph was found hanging in the bathroom of their house on March 19, 2014. After continuous suffering from physical, emotional, financial and legal trauma, Salomi chose to die possibly out of sheer frustration. Her husband was not taken back to the post by the college management even after a clear verdict of the local court. The management did not even give a clear promise to take him back and give him all the retirement benefits. It is said that the family had to spend huge sum for his treatment. They were pinning hopes on the financial benefits he was entitled to get from the college after being a lecturer in various colleges under the university for more than 30 years. Even his request for withdrawal from the Provident Fund was not processed. They needed funds for the marriage of his daughter. They didn't have money to support their son’s studies who was preparing for the Civil Services Examination. Salomi struggled to provide meals for the family.

As there was no favourable decision from the college to take back Joseph (who was due to retire in a few days), Salomi was shattered totally. She found only one way to save the family from the financial strains. If her death can make the authorities a little compassionate, that could save her family. She hanged herself not in protest against the authorities but to make them open their eyes to their suffering. Indeed, her death made authorities to have a re-look at the issue and reinstated Prof T J Joseph on the last working day of his service so that he will get all retirement benefits and provident fund.

The questions to ourselves

Salomi was undergoing intense emotional struggle within herself because of the sufferings the family faced for the past several months. She felt that there was no hope for recovery. She also thought that her husband can never get justice. Yes, there was an inordinate delay in getting the justice that Prof Joseph deserved. But due to procedural complexities, legal bottlenecks and attitudinal rigidities, the authorities did not act promptly. However, none told Salomi that there is hope as the authorities can’t delay the justice for ever. There were none to counsel and give emotional support to Salomi when she was anxious and felt that there was no solution?

This is a clear case of apathy of people around her. There is lack of proper social support from the near and dear ones to understand the emotional status of Salomi. She would not have taken such an extreme step had there was someone who took care to listen to her grief and tried to console her.

Where were those church organizations? Where were the women’s associations, prayer groups, counselors, Rev Sisters? This is a failure of the people around Salomi, who could not provide her the necessary emotional support when she was passing through a tough stage in her life. One could see a convent or church in every nook in the district where Salomi stayed. There are hundreds of voluntary organizations, counselling centers, women self-help groups and retreat centers in and around the locality. Forget about organizations, one good friend could have prevented Salomi from taking such extreme steps by being in touch with her much more closely to instill in her fresh hopes to live for the family.

Such incidents as reported above are results of artificial social networks in the society. When we have thousands of friends in our Facebook accounts, there would be hardly anyone who is ready to listen to us at the time of need. People prefer to be away from us and happy to ‘like’ us and ‘share’  from a distance. It is estimated that about 15 suicides take place every hour in India. As per the statistics of National Crime Records Bureau there is steady increase in the number of incidents of suicide in the country in the last few years. According to World Health Organization, one suicide happens every 40 seconds in the world.

Having dependable friends for frank communication, involvement in social activities, facilities for counselling, family meets, meditation and prayer could ease out the stress and depression to a greater extent. It is the duty of each one of us, as responsible members of the society, to identify the people who are depressed and disappointed, to lend our ears to those who hate to live in this world and to bring them back to life with hope and courage.

Read below stories of people who have committed suicide because of lack of proper emotional support and counselling:

If anybody wants to see us, you have to break open the door This was the note written and pasted on the door of their house in Bangalore city by a mother and her son. Read

Suicide of the skinny boy. I was shocked to read the following news item in the paper the other day titled ‘Taunted, ‘skinny’ boy kills self’.  Read

(Views are personal)
Sibichen K Mathew
By sibi at 12:01 AM