Dear Cameraman, Beauty is only Skin-deep! 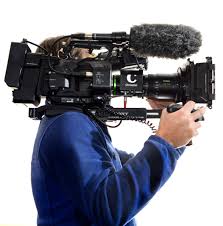 I have seen still cameras, especially those attached to the smart phones, with auto option which clicks on its own when the person photographed is smiling. I find that there are many video cameras doing such ‘great’ jobs by continuously focusing on “pretty’ faces. We can see this in the video clippings aired by the news channels and in the TV shows and also in the videos of marriages and other functions.

Why do the video cameras focus only on the fair, “pretty” ones? We can be charitable to the underemployed neighborhood video guy who has been chartered to cover the marriage function focusing only on those who are naturally gifted to be of wheatish complexion or those who looked pretty in his eyes or those who are attired well!  But even mainstream media when they air entertainment programs or functions, one can see the camera suddenly stopping to capture when it sees a fair skinned person in the audience!

Live coverage of matches
This is obvious when we watch live matches. The cameras in charge of capturing matches live, zoom more on the “attractive” skins and curves in the audience than even the players, bats and the balls! Of course, people love to go in their most attractive attire, sometimes with a passion for rigorous ‘reductivism’ or clothe minimalism. This is fine and nothing wrong in it. But why those cameras have a momentary bias towards the whitish surfaces?

The White Obsession
The skin-color obsession of the world has promoted a multi-billion-dollar cosmetic industry. Media look for fair skinned presenters. Airlines look down upon dark skinned candidates as crew even when they are well natured and qualified. Matrimonial advertisements solicit grooms and brides with fair complexion. My dermatologist wife vouches the frantic attempts of people - young and old - to become fairer by experimenting all latest skin procedures. Professional treatments like peeling, lasers, facials etc. are not bad if that are tried to remove the scars, acne, sun burns, skin tags etc. and not exclusively aimed at whitening the skin.

Whenever I was invited for long TV interviews, I was subjected to a rigorous makeup prior to the program in the in-house beauty parlour at the studio. I felt embarrassed to see myself when the program got aired. I do apply moisturizer or mild cream to cover up dryness or the under eye darkness mostly after a sleep deficit night due to late night work and not because I am ashamed of my natural colour.

The No-Make up Movement
‘No Makeup’ hash tags are becoming popular these days among some enlightened women who post photos in social media, especially Instagram. Many got inspired by Alicia Keys, an American singer-songwriter and musician, who started the No Make-up movement. She said that she does not want to cover up:  "Not my face, not my mind, not my soul, not my thoughts, not my dreams, not my struggles, not my emotional growth. Nothing,". 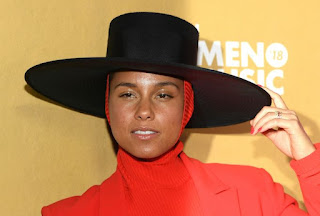 Fathima Lodhi, a Pakistani woman started an anti-colourism movement named “Dark is Divine”. She wrote: “I never got a chance to become a fairy in my school plays because fairies are supposed to be fair-skinned!”

The First Step
Hope our video cameramen of the TV channels and the live matches will take the first step not to focus only on the ‘pretty’ and the fair skinned people in the audience, but zoom on people irrespective of their skin colour or their physical appearances. We would also like to see more of people who are good natured rather than fair and pretty among airhostesses too!

Let us remember the words of Martin Luther King (Jr) that “I have a dream that my four little children will one day live in a nation where they will not be judged by the color of their skin, but by the content of their character.”

“Good, is a fairer attribute than White,
Tis the mindes beautie keepes the other sweet:
That's not still one, nor mortall with the light,
Nor glasse, nor painting can it counterfet,
Nor doth it raise desires, which euer tend
At once, to their perfection, and their end”

You might also like to read: Save the Jeans: Vulgarity is in the mind of the beholder