When you SPIT on your (their) wall 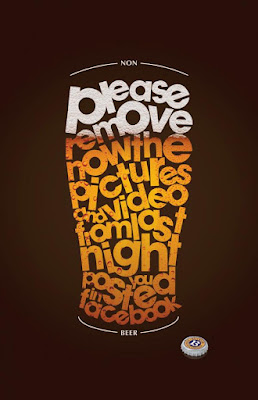 Imagine, you have a big white painted compound wall for your house. And you express your sub-human level intellectual views emanating from your ‘cultural’ consciousness in the obscenest, violent, hateful and filthy forms in thick black font! You also spit (comment) venomously on other compound walls in your vicinity. Whether you blame it on the inebriation triggered by dangerous stimulants (in solid, liquid or vaporous form) or on a momentary blood-boiling moment, everyone who passes beside your wall would see your nauseating literary acumen immediately. By the time you realize your folly, people would have captured them and circulated. You erase your wall in vain!

A Malayalam film director, well respected by me for his outstanding creations, recently quite unfortunately, jotted something of above genre in his wall! He was given a cow-dung bath by someone who is of equal or worse ‘cultural’ sentiments as a response to the inebriated FB post!

Similar excretions in vernacular language by a large number fellow mallus could be observed since the days of internet chat rooms more than a decade back. The paradoxical Malayalis were quick to indulge in infotainments of all sorts much ahead of several linguistic collectivities. They also make their unique ideological impression on such activities in their own typical way. The moment we logged into these rooms, some of us used to immediately keep the voice chat in the off position. Otherwise one would hear all sorts of highest degree abuses in Malayalam between anonymous chatters. In the comfort of a mysterious obscurity provided by the dubious user name and misleading disingenuous profile, they conversed crossing the boarders to vulgarity and offence. The moment a lady user name (not necessarily a lady, as many fake their gender for reasons known to them) appears, entire desperate crowd frantically pounce over that user with very intimate questions. If the gender of the victim is genuine, she would disappear from the clutches of the ‘empathizing’ counterparts and their filthy conversations. Obsession to external cleanliness is often marred by pseudo morality.

In the age of Facebook, where every other person has either a real or fake (or both) account, fights in cyberspace with the aid of obscene and nasty verbal weaponry is common. Most admins are  either irresponsive or inactive. Reporting to FB is rarely fruitful. Even the groups created for laudable purposes and for decent conversations are infiltrated by such sub-standard commentators and ‘impostors’. But, what is more disturbing, is the unbecoming posts of so called day light “cultured gentlemen”!